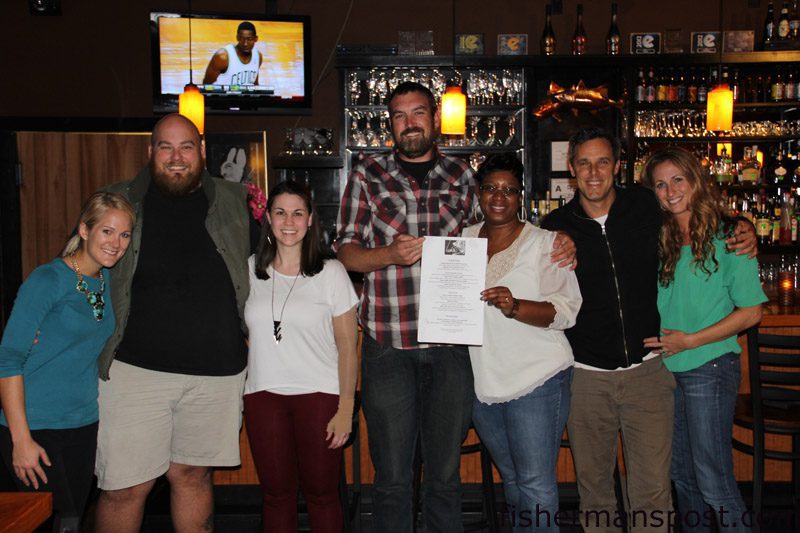 The local flavor of Wilmington’s Catch Modern Seafood isn’t just limited to the enticing menu, as diners are greeted not only by friendly host staff when they walk in the door, but handsome marine-themed metalwork and coastal photography adorning the bar and dining area walls by local artists (like Matt Davis of Marine Copper Design).

If the name wasn’t clue enough, the ambience gets the message across—Catch is about seafood, and not the frozen kind that’s flown, shipped, and trucked in from parts unknown across the globe.

The brainchild of Wilmington native Chef Keith Rhodes and his wife, Angela, Catch was founded in 2006 with the goal of combining fresh, local seafood from area fishermen with modern preparations that add flavor without hiding the innate beauty of food that’s gone from sea to table as quickly as possible.

Voted best chef in Wilmington for three years running, Rhodes carries the local theme beyond even his seafood, sourcing as many ingredients as possible from community organic farmers.

Rhodes’ wife Angela and hostess Liz, like many of the Catch employees, are both avid anglers who hit the water as much as possible, often with Sneads Ferry’s Capt. John Mallette, and swapping some fishing stories with the pair was a great way to start the evening (and they’d probably have a pretty good shot at making the paper if they sent some of those fishing photos in).

Catch served as ideal setting for the Fisherman’s Post holiday dinner (which we hope is now an annual tradition), with stellar food, a casual but refined atmosphere, and staff who clearly believe in the restaurant’s mission and love what they do.  We encourage you to find your own occasion to visit Keith, Angela, and their employees at Catch, or the couple’s other restaurant in downtown Wilmington, Phun, a southeast Asian seafood and tapas bar.