On August 8, 2018, the first annual “Get Kids Reelin’” event took place in Southport. Get Kids Reelin’ is a local 501C non-profit organization run by father-son duo James and Robert Capps, of Reelin’ Pelican Charters. They teamed up with the Brigade Boys and Girls Club of Wilmington to run the event, which was focused on introducing children to fishing while spreading their profound love for the ocean and its ecosystem.

The morning of the 8th was spent in the inshore and nearshore waters of Southport and Carolina Beach, where three charter captains and five other volunteers donated their time, knowledge, and fishing resources to bring the 25 kids in attendance out to catch some fish, and they did just that. One highlight was the 29” red drum that was tagged and released by Capt. Mark Cogdell, of Lucky 13 Sportfishing. 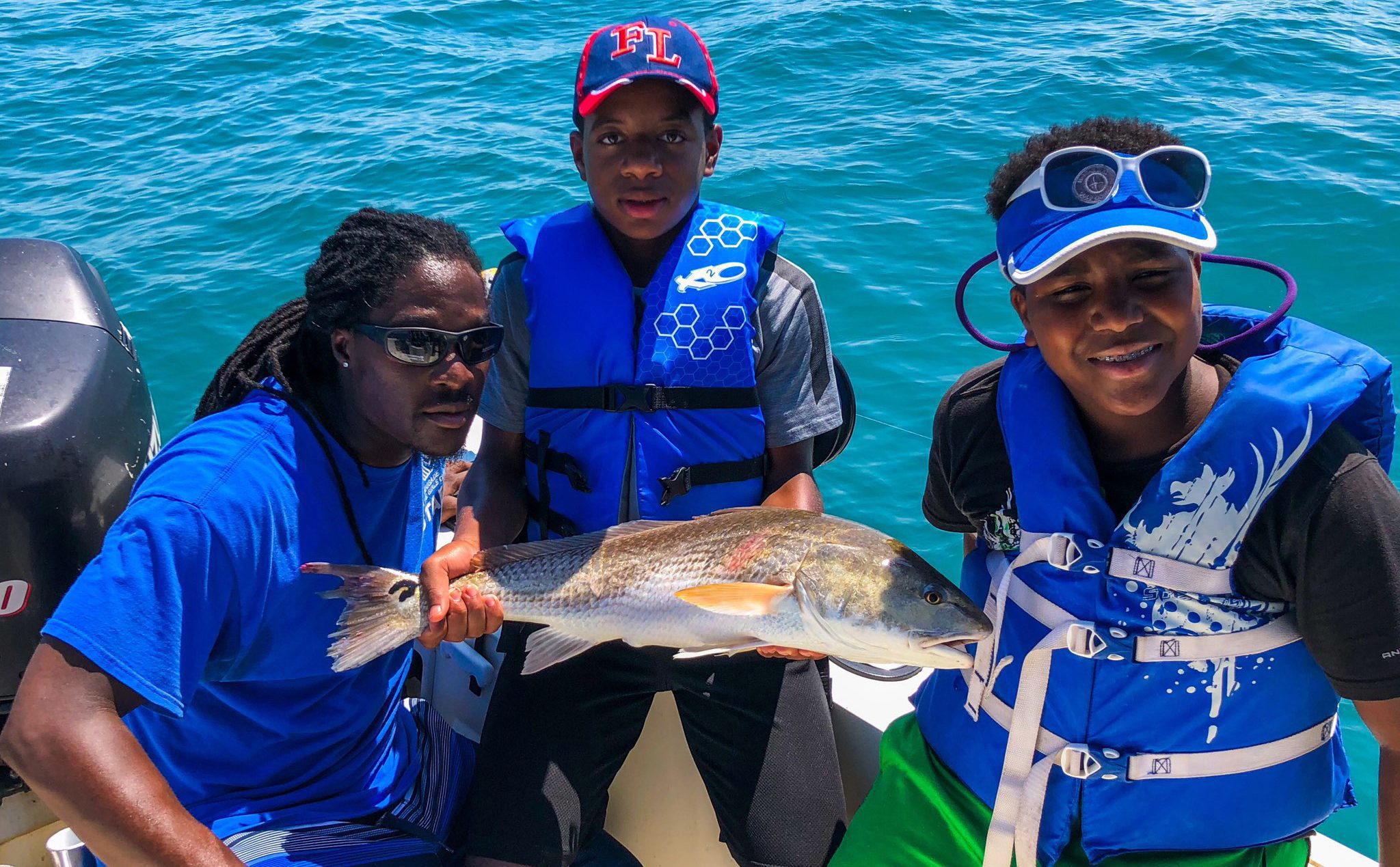 Justin, Brethen, and Jonathon with the 29″ redfish that was tagged and released by Capt. Mark Cogdell, of Lucky 13 Sportfishing. The red won the Biggest Trophy Fish Award at the first annual Get Kids Reelin’ event in Southport.

The second part of the day was spent at a free lunch and awards ceremony, where rod and reel combos were handed out to the kids for catching fish in a variety of categories, which included Girl’s Big Fish (a 21” black drum), Boy’s Big Fish (a 3.5’ Atlantic Sharp Nose), Most Keeper Fish (4 black drum), and the Jenny Price Flounder Award, which was won by a junior angler for their 20” flattie.

The 29” redfish caught on Cogdell’s boat won the Biggest Trophy Fish award. There was even an “Ugliest Fish” category, which was, of course, given to a toadfish.

Robert said that the Get Kid’s Reelin’ event was inspired by his grandfather Ralph Capps, who has been working with the Boys and Girls Club in Raleigh for over 50 years. “Typically,” he said, “those kids don’t have the easiest life, so we wanted to give back to them.”

This was certainly a great way to do it. Describing the awards ceremony, James said, “Laughter echoed across Dutchman Creek as the children showed off their catches and exchanged stories from their morning on the water.”

Both James and Robert Capps would like to thank all of the sponsors and captains that helped make the first annual event possible.