“I suck at anchoring,” Ray Dixon laughed. He and Gary Price, who make up team Flounder Fix, won the 2018 Fisherman’s Post Southport Inshore Challenge (a one-day, two-flounder tournament) and almost $4,000 in prize money, so it turns out that anchoring isn’t that important. Persistence and adaptability, however, are.

Dixon was describing the spot where he and Price pulled in their two winning fish, which was at a wreck not far off of Carolina Beach. Instead of anchoring up, Dixon said he was “using a trolling motor to hold us in place, but it wasn’t working very well. The current was ripping through there… we were using 3 oz. weights in 25’ of water. ” 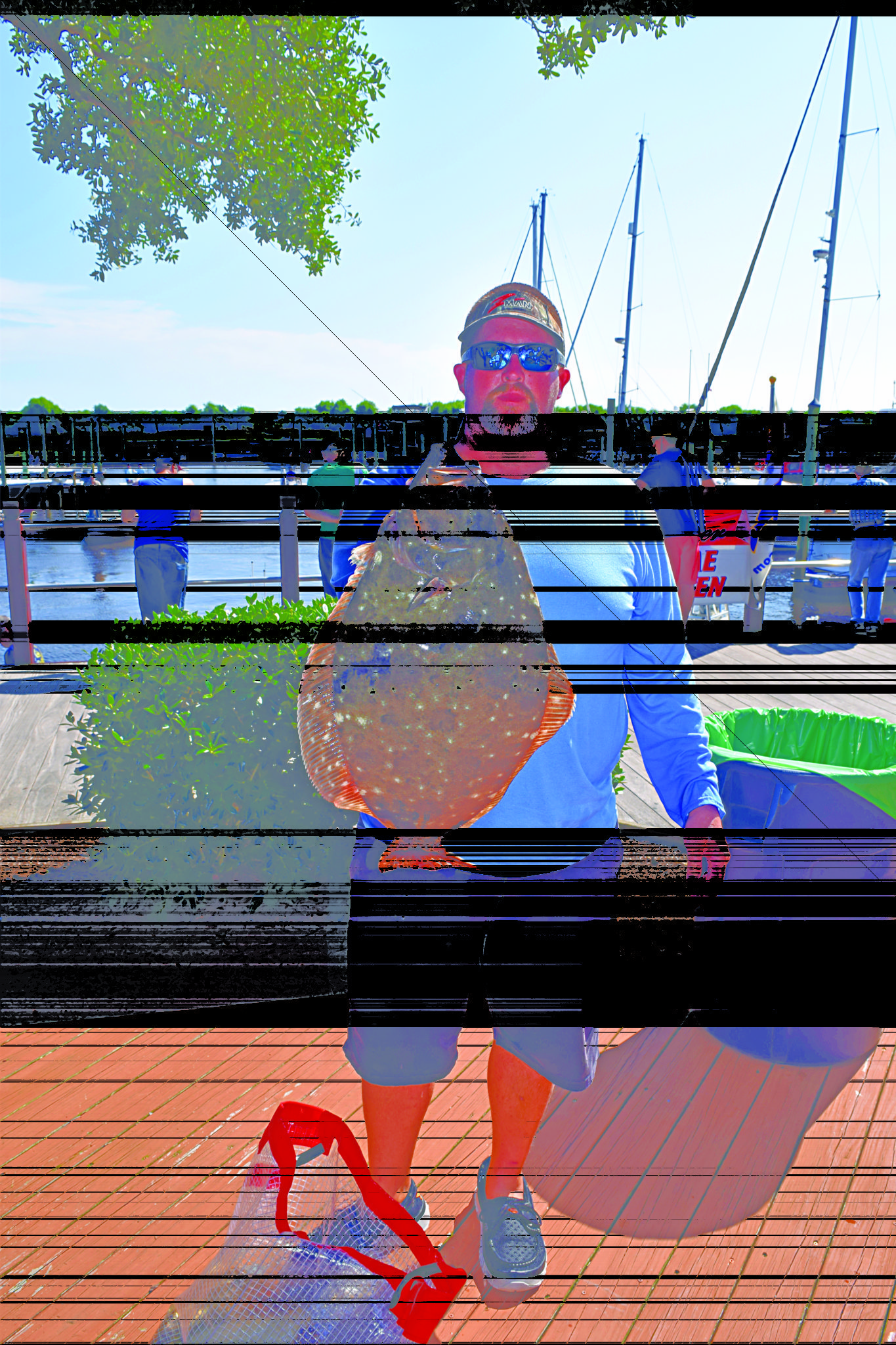 Gary Price Jr. with the big fish that won his team, “Flounder Fix,” the Big Flounder TWT and made up 6.38 lbs. of the 9.61 lb. total that secured a Two Flounder TWT victory and the top overall spot in the 2018 Fisherman’s Post Southport Inshore Challenge.

Dixon and Price had arrived at the wreck around 6:45 am, but they wouldn’t get a single bite for over three hours. Still, the spot had produced some nice flounder in the past, and Dixon was confident, saying, “We knew we weren’t moving.”

Dropping Carolina-rigged mullet over the side of the boat, they would eventually hook the first of the two flatfish that won them the tournament at 10:45 am. The second came over the rails shortly after.

Flounder Fix was confident that they would make the leaderboard with their aggregate weight of 9.61 lbs., but they weren’t confident they would win, so they swung by a second wreck on the trip back to weigh-in to try their luck once more and possibly pick up a red drum for the TWT.

They did catch some reds, but not a single one of them was under 30”. The duo decided the water was just too dirty, so they headed to the scales to find that they were the big winners of the day.

Dixon added that the biggest part of his success wasn’t knowing what spot to try or how to deal with a fast-moving current, but having a partner that you know, respect, and trust. He and Price have been fishing together for three years, and in that time they have gone on about 300 sunrise to sunset fishing trips, including coming in second place at last year’s Southport Inshore Challenge. 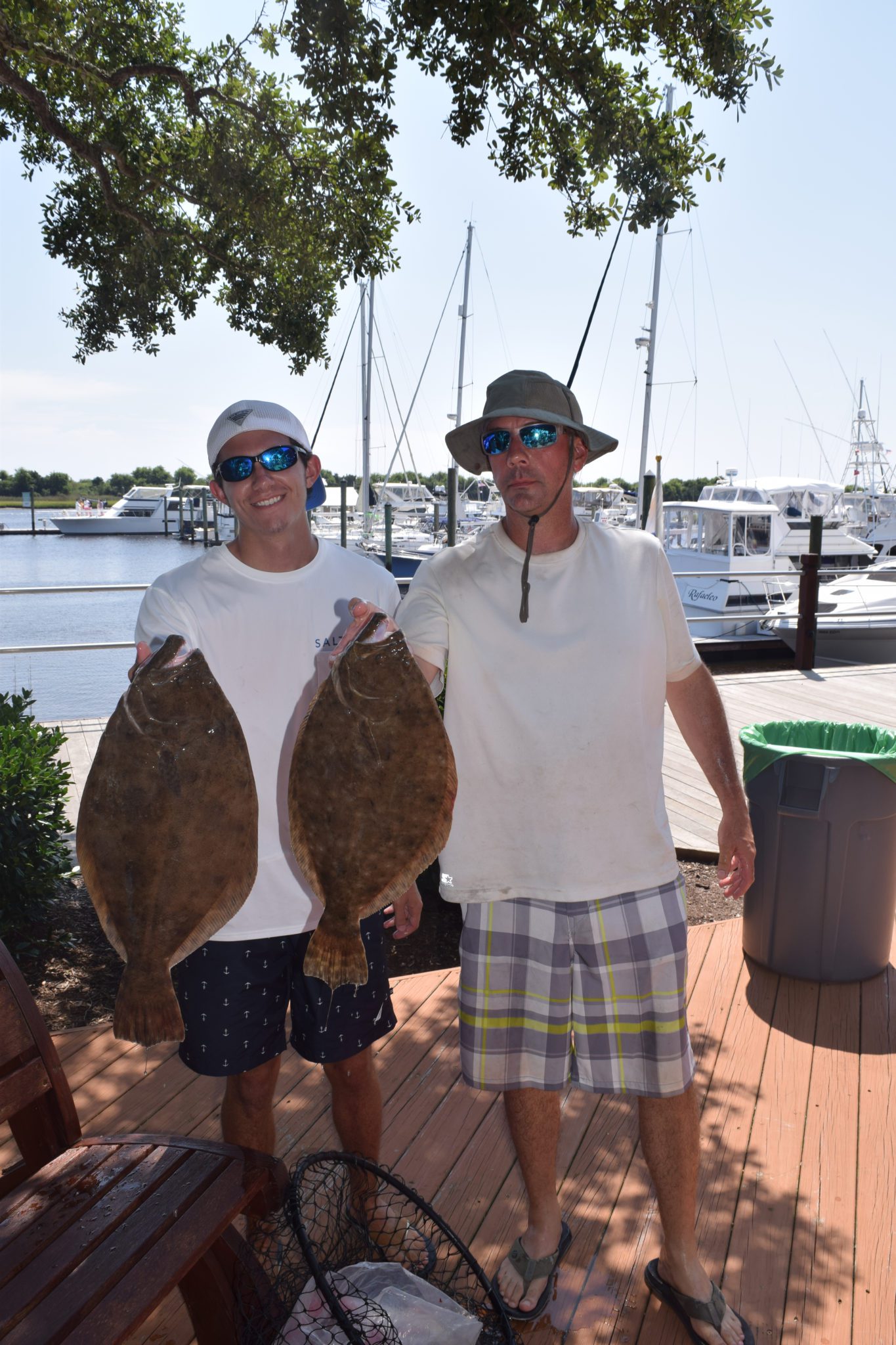 Two of the “Three Stricklands,” who were first to weigh in at the 2018 Fisherman’s Post Inshore Challenge, hold up their nearly identical (3.65 and 3.66 lb.) flounder. “Three Stricklands” maintains their second place standing in the ITT, but cut their defecit down by 7.31 points.

Camo G3, a newcomer to the tournament, took second place overall with 8.80 lbs. of flounder, while Team Harrington got the third place prize with their aggregate weight of 8.29 lbs.

The next event in the Inshore Trail is the Carolina Beach Inshore Challenge on September 21-22 out of Inlet watch Marina.