Annette, of Dutchman Creek Bait and Tackle, reports that surf fishing has provided anglers with some fish for the cooler. Whiting and croaker have been feeding well and have bit on bloodworms and cut shrimp.

Inshore, the flounder bite is holding steady. Those fishing with live finger mullet and mud minnows on Carolina rigs have had the best success. Most fish have been in the 15-18” range.

Black and red drum have been holding in the creeks around oyster structure and deeper holes. Fresh and live shrimp have been the top baits.

The speckled trout bite has heated up. Anglers have had the most success with live shrimp under float rigs, but artificials like MirrOlures and soft plastics have produced as well.

Just off the beach, the king bite remains strong. Slow trolling live baits around nearshore structure has provided action with the larger kings. Trolling dead cigar minnows a little further off the beach has produced good numbers of kings, but they’ve been smaller than those on the beach. 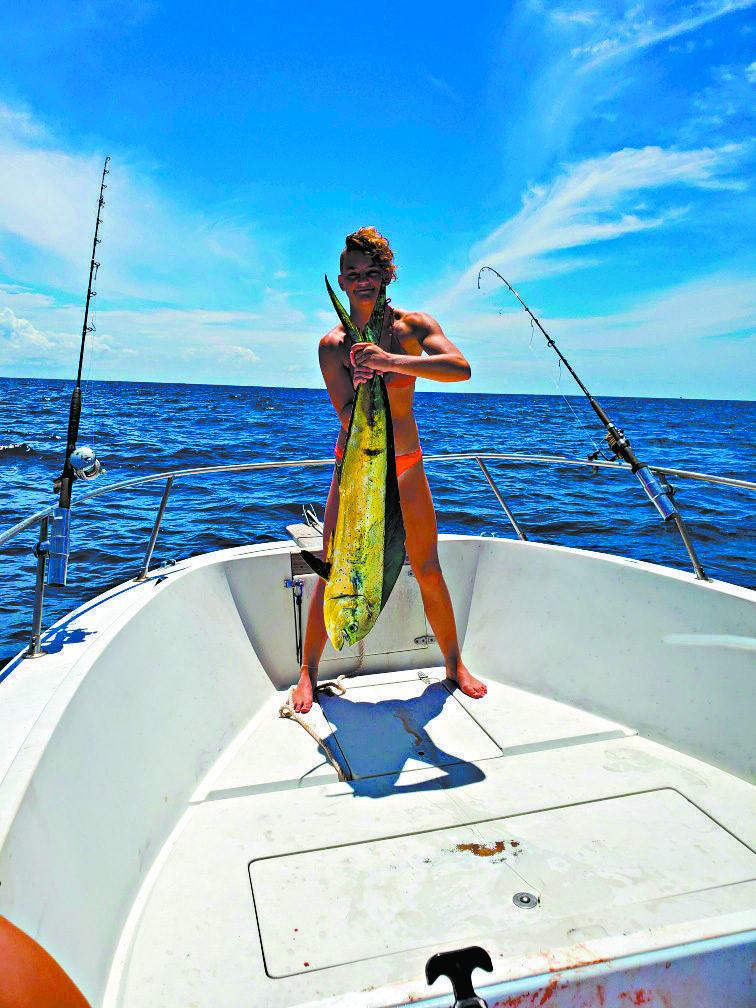 Piper Miller with a 18 lb. dolphin caught on a light line near Frying Pan Tower.

Tim, of Wildlife Bait and Tackle, reports that the whiting action in the surf has picked up. Fresh shrimp and sand fleas have been the baits of choice. In the Cape Fear River channel, the spot bite has remained strong. Dropping down fresh shrimp or bloodworms has worked best.

Inshore, the redfish and speckled trout bite has improved. Targeting marsh banks and oyster structure with live shrimp and soft plastics has gotten the job done.

Sheepshead have been landed around dock and bridge structure.

A few big red drum are still hanging around nearshore structure. Dropping large cut or live baits has tempted the reds to bite.

Off the beach, the king bite continues to be consistent. Anglers are landing good numbers of fish on a mix of live baits and dead cigar minnows. A few spanish are still in the area. Casting jigs to busting fish or trolling Clarkspoons has been the ticket for the spanish.

A little further offshore, the blackfin tuna bite has improved. 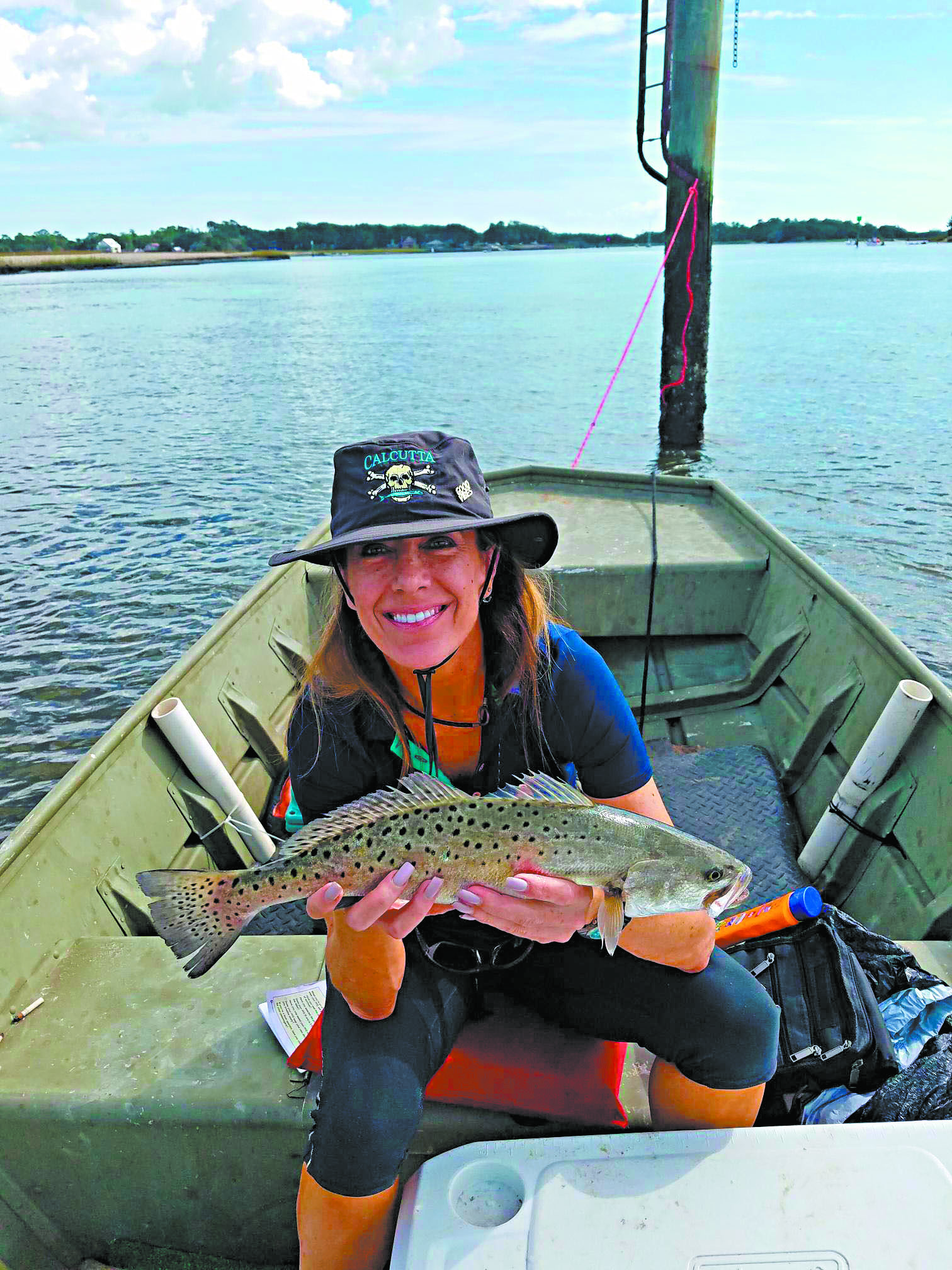 Virginia Keagle with a 20″ speckled trout caught in the ICW near Oak Island.

Robert, of Reelin’ Pelican Fishing Charters, reports that speckled trout fishing is on fire, with limits being caught in minutes and all keepers. A variety of baits will fool the trout, but if you can find them, live mullet have actually been the best bait, especially for finding the bigger fish.

Redfish action is strong right now, with baby peanut pogies serving as the hot bait. Black drum are around as well, and a few bull reds continue to chew.

Kings have moved into the area, but the majority of the action has been between 20-30 miles off the beach. The fish are all fairly big, though, with the average bite coming from 20-30 lb. fish. Dead cigar minnows have undoubtedly been the best bait.

Ryan, of Fugitive Charters, reports that the king bite near the beach is still strong. Targeting 69-70 degree water has been the key to finding the most fish.

There have been a few big red drum also feeding just off the beach. Focusing on pogie pods has been the key to hooking a few late-season trophy reds.

Those targeting the bottom offshore have found the bite moving a little closer in, and the grouper bite has been solid.

Mark, of Angry Pelican Charters, reports that the bull redfish bite has improved with the falling water temperatures. Most fish have been landed around nearshore structure and bait pods when using large cut baits.

Those looking for kings have found plenty of action in 40-50′ of water. Slow trolling live baits, as well as pulling dead baits behind Pirate plugs or Blue Water Candy shovels, has drawn strikes. The most productive colors have been pink/white and chartreuse/white.

Wally, of Oak Island Charters, reports that the king bite off the beach has remained strong. Trolling live baits and dead cigar minnows has been the ticket to drawing numerous bites.

Further off (in around 80′ of water), there has been a solid grouper bite.

Steve, of Ocean Crest Pier, reports that fishing for red drum has been steady. Anglers have found plenty of action fishing cut mullet on the bottom.