The 6th annual Jacksonville Rotary Club Speckled Trout Shootout happened on November 30, always the Saturday after Thanksgiving, with 27 teams competing for the $1500 first place pot. Chilly air and light showers didn’t hold back these anglers from hauling in winning fish. Anglers chose one of three launch sites—Jacksonville, Swansboro, or Sneads Ferry—and all weighed in back at Jacksonville Landing. 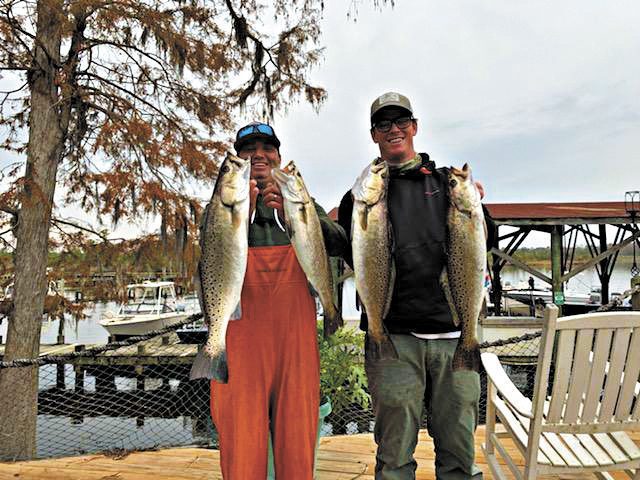 First place went to Richard Gilligan and Team Chasin’ Gingers for their four-fish weight of 16.81 lbs.

Coming in second place with a four-fish aggregate weight of 15.68 lbs. and winning $1,000 in prize money was Mike Taylor and Team Taylor Made. Taylor Made also took home the top spot in the Big Fish pot for a 6.14 lb. trout, adding $575 to their winnings. Using 17MR MirrOlures, the team caught over 100 trout throughout the day. Colton Taylor received the Junior Angler title for his 2.73 lb. trout, adding another $100 to the team’s purse. 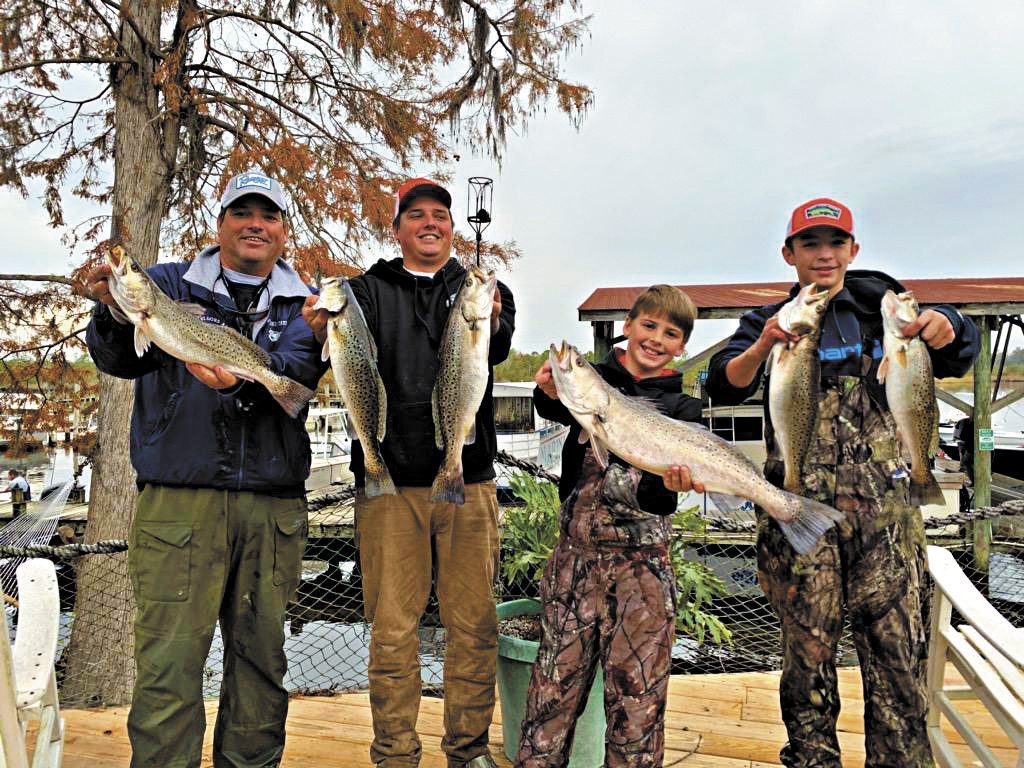 In third place, taking home a $750 payout, was Brandon Sewell, Chip Sanders, and Von Parrish, of Team Reinstated, with their four-fish total weight of 15.32 lbs. The team also won the second place Big Fish pot for their heaviest trout, which was just shy of 6 lbs., adding an additional $345 to their earnings.

“We threw out a buffet,” said Sewell, “to make sure every fish had their taste of bait.” The team fished in Southwest Creek.

Event coordinator Daniel Lee Sbrocco said, “Congrats to all who participated to help the Rotary Club raise funds for their list of several charities they provide for. See you next year, the Saturday before Thanksgiving, for another Rotary Shootout.”

For more information on this event and details on how to sign up for next year’s, follow the Eastern Carolina Winter Trout Series page on Facebook.