Donald, of Custom Marine Fabrication, reports that fishing action in the creeks is really starting to fire off. Speckled trout, puppy drum, and striped bass are all hitting baits worked around the mouths and structured shorelines.

Topwater action has been steady, but anglers are reporting warmer water temperatures still having the fish scattered.

Good numbers of slot-sized red drum are still staged up in the river system. These fish are hitting topwater plugs and soft plastics worked along grassy shorelines.

Striped bass are mixed in these same areas around structure and creek mouths, but recent trips have been finding sporadic action with the stripers still scattered. 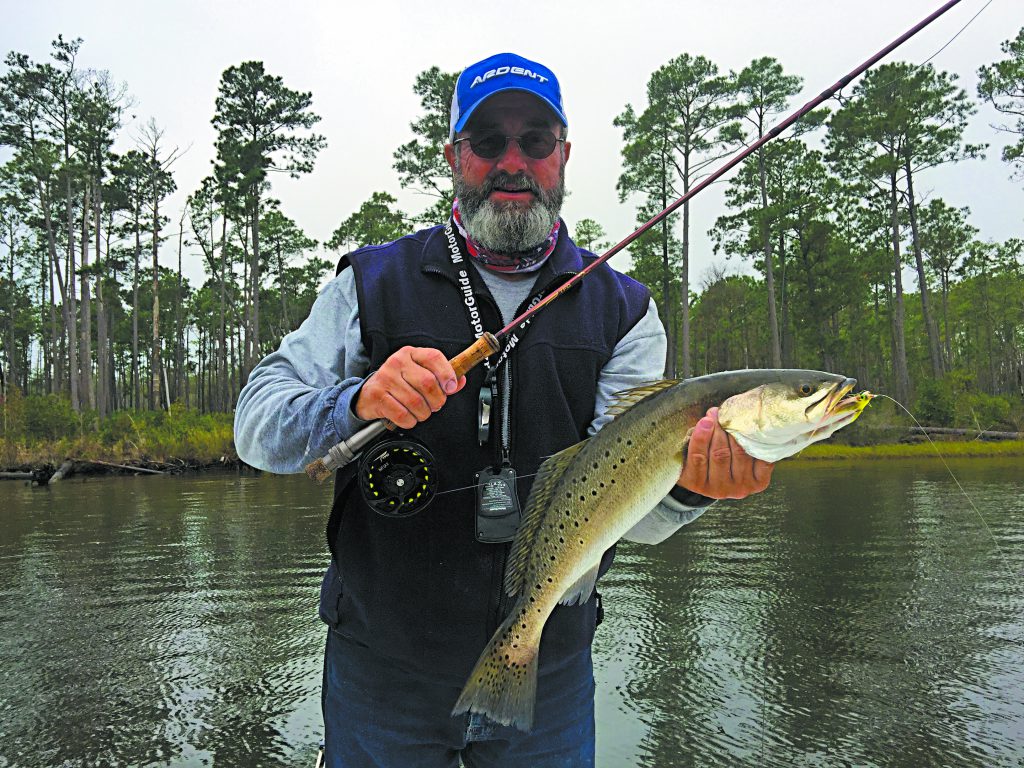 Capt. Jeff Koen, of Salt and Swamp Guide Service, with a speckled trout caught on a chartreuse and white Clouser minnow in the Pamlico River.

James, of Neuse River Adventures, reports that good numbers of speckled trout are showing up as part of the strong topwater bite. The fish haven’t quite begun their fall pattern of schooling up in the creeks, but a water temperature drop will see this change.

The striped bass bite has been great all year, and anglers have loved the results from throwing Heddon Spooks.

Plenty of puppy drum are still pushed up the river, partially due to winds being very east dominate and keeping salinities high. The reds will hold there as long as bait stays around.

Anglers fishing soft plastics along the bottom are landing some nice-sized catch and release flounder.

Jeff, of Salt and Swamp Guide Service, reports that anglers on the Pamlico River have been seeing the speckled trout bite picking up. As the water temperatures cool, these trout will move into the creeks and school up, making the fishing much more productive. A stretch of nice, warm weather will see these same trout move out of the creeks, and this fluctuation will be typical of the pattern going into the next few weeks. Target both areas with popping corks paired with Vudu and Storm shrimp lures. Topwater action will be productive as well, with fishing early and late getting the most blow ups. On slower and cooler days, MirrOdines will draw out strikes from sluggish schools.

Slot-sized red drum are staged up in these same areas, and it will be truly a case by case feel on which species is at the end of the line.

Striped bass are mixed in, though until these bass move into the creeks, the numbers will be scattered.

Todd, of Neuse River Bait and Tackle, reports that there have been quite a few trout caught. For the most part, the trout are still scattered with the warmer temperatures and unsteady winds around. The trout being landed have great size to them, though, and these early big fish are a good sign going into the coming month.

For anglers looking for easy trout fishing, mud minnows under corks are great for landing some fish. With all the bait around, “matching the hatch” with Z-Man and Bass Assassin soft plastics have helped anglers get strikes. Custom Corkys and MirrOlures in a variety of colors are another great lure for anglers targeting the specks over the next few months. Look for mid-60 degree water temperatures, and then you should see the fish more schooled up and pushed towards the creeks.

Slot-sized red drum (up to 24”) are mixed in around creek mouths and deeper pockets of the main river shoreline. These reds are feeding on cut baits and striking soft plastics.

Striped bass action has been good for anglers fishing topwater plugs around the shoreline structure.

Richie, of East Side Bait and Tackle, reports that speckled trout are fluctuating in and out of the creeks. The weather has trout holding on the edge of their typical fall pattern, with bad weather pushing them in, and warm weather seeing the trout move out. Over the next few weeks, a stable pattern will see these fish school up and the action will be more productive once locating a bite.The citation-class red drum have all basically moved out (short of a couple stray fish). Slot-sized red drum are holding just about everywhere, though. Targeting docks up in the creeks and deeper grass shorelines have both produced action.

Striped bass are mixed in, but not many anglers are specifically targeting them. 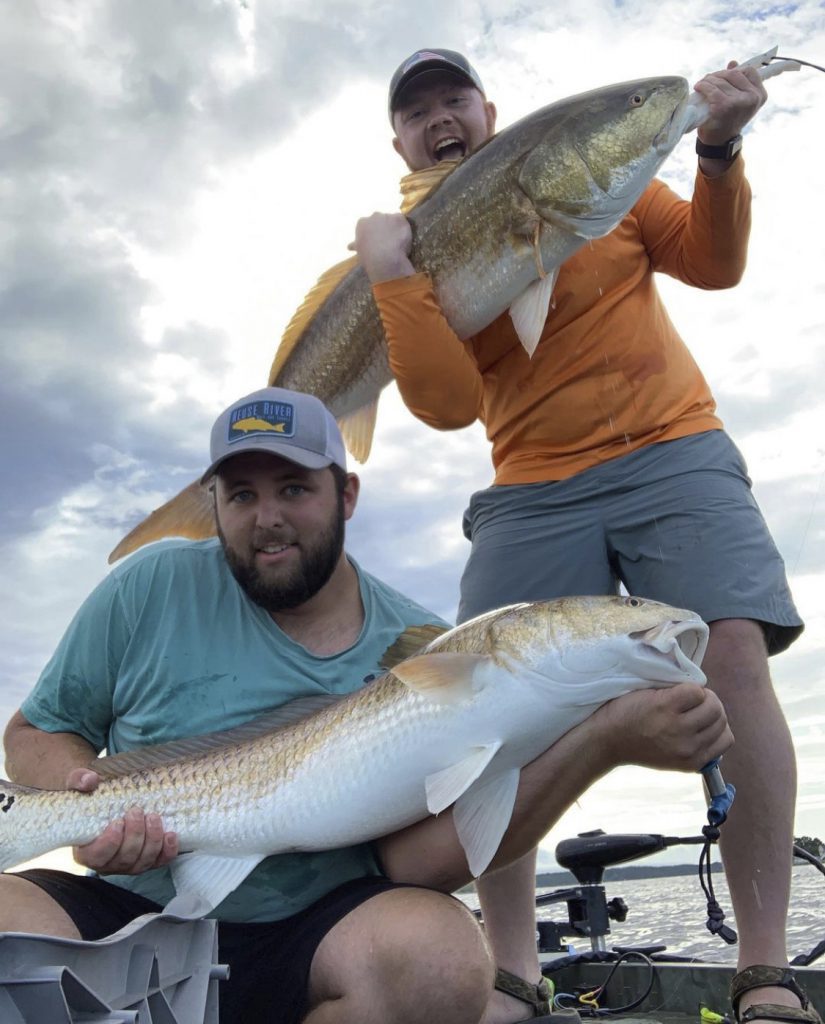 Mitchell, of FishIBX, reports that speckled trout fishing is kicking off as the season moves deeper into fall. These fish are in the middle of their transition into creeks where they also school up. Anglers are getting strikes on everything from topwater plugs and soft plastics to Betts Halo Shad and Beetle Spins.

Over-slot red drum have moved out for the year, but plenty of slot-sized fish remain. Target these fish on shoreline ledges and banks with soft plastics and crank banks.

Striped bass are mixed in the counts on the river. These fish will only get more active as water temperatures cool.