The Cape Lookout Shootout Championship took place on November 14 out of Morehead City, NC. This annual tournament series brings together the best of the king mackerel anglers from the North and South Shootout Divisions.

Topping the leaderboard with the first-place victory was Mickey Thompson, Eric and Alex Meyers, and Bonner Herring, all of Team “Sportsman’s Choice,” out of Little River, SC. The team has fished the tournament since its start and has been a part of the South Division for the past two years.

Leaving Morehead, the team ran out the inlet and up towards Hatteras with a fresh bucket of shad onboard, gifted from one of Thompson’s customers.

The bite that started off the day was slow. Only a few small fish had been reeled in when they decided to change locations and head north towards a group of boats they could see in the distance. Within the first 30 minutes of trolling the new waters, weaving between other tournament anglers, Thompson hooked up with what would be the top placing 62.49 lb. king mackerel. 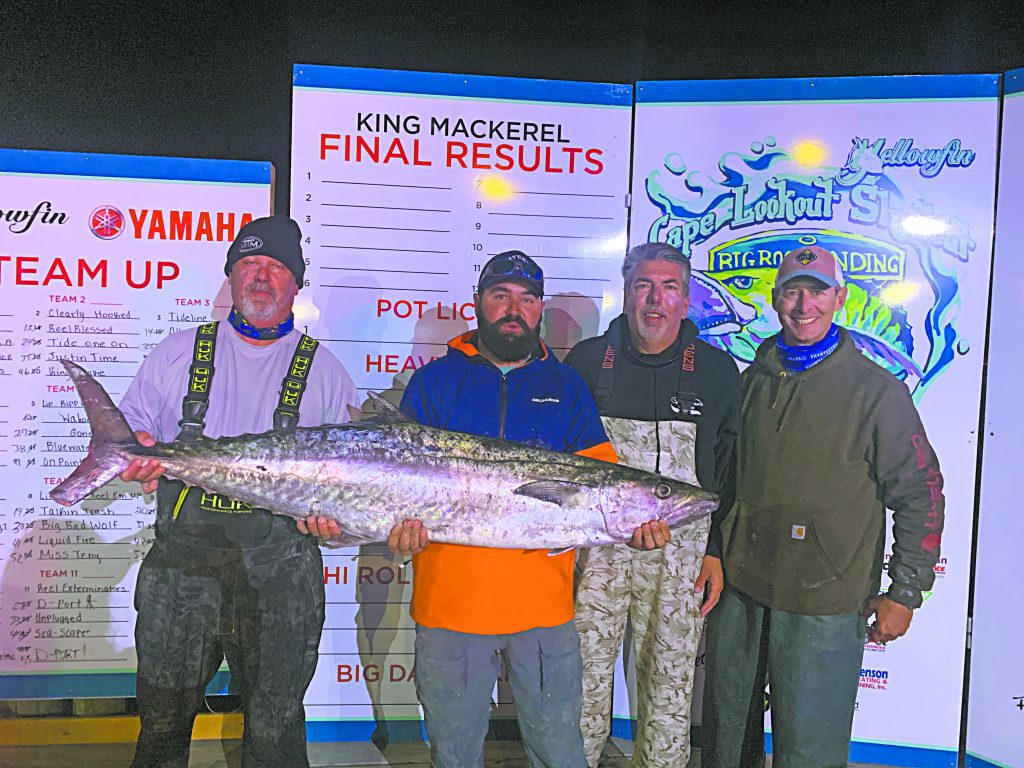 “It was giant, son, giant,” tells Thompson, and it took 30 minutes to get the massive king in the boat. The bite then slowed down, so they headed inshore in search of another monster king to match the weight of the first. Trolling aimlessly, they came upon a school of baitfish that looked promising, and once they passed over the school, a 47.31 lb. king snagged one of the shads.

Together, the two kings made an aggregate weight of 109.77 lbs., ultimately giving the team a five-point lead over the rest of the fleet.

Second place was taken home by team “Wahooligans” for their two king mackerels weighing in at 48.46 and 55.54 lbs., giving them an aggregate total of 104.0 lbs.

For a more complete leaderboard listing or to view more information about the Cape Lookout Shootout series, visit www.capeshootout.com.