The Eastern Carolina Winter Trout Series kicked off the season this year on January 4th. Anglers had the choice to fish solo or in a team, and anglers picked one of three launch sites to start from (Jacksonville, Sneads Ferry, or Swansboro). Strong winds and rain didn’t seem to deter, as 17 boats launched in the early morning.

Participants weighed in their four heaviest trout caught on artificials and were ranked based on an aggregate fish weight. All teams earned a point value based on their final leaderboard standing, and those points add up throughout the series to determine a top team for the series finale payouts.

In first place with four trout weighing in at a 16.53 lbs. were Capt. John Parks and Michael “The Rodfather” Mattice of Team Fish Mafia. The duo also earned the Big Fish Pot with their single heaviest trout, 6.45 pounder, bringing them a total of 51 points and a $1000 check. 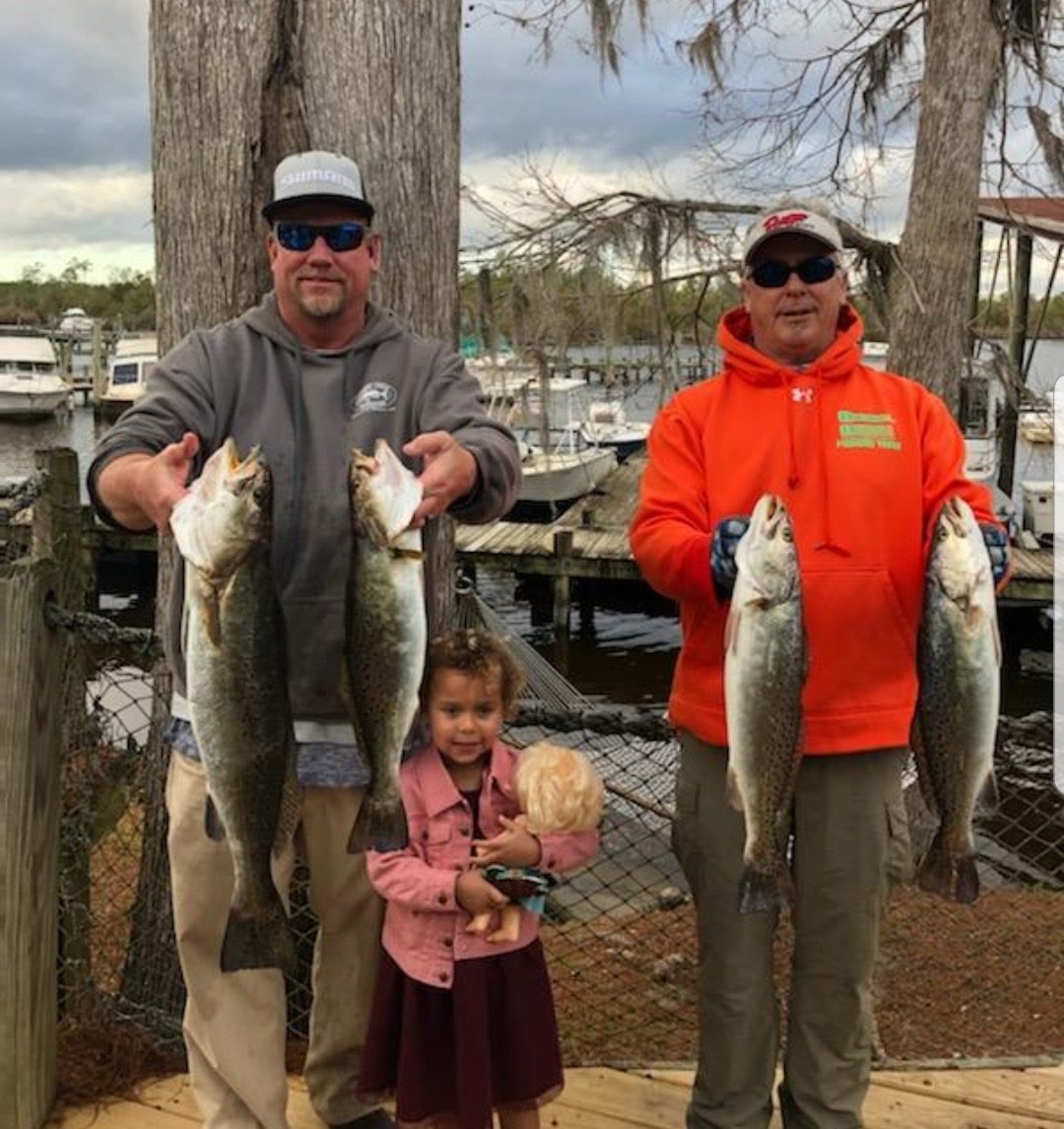 Champions Michael Mattice, his granddaughter Averi, and Capt. John Parks holding up the four trout that earned the first place title in the opening event of the Eastern Carolina Winter Trout Series.

Coming in second place was Corey Durako, Richard Gilligan, and Barron Glenn, of Team Chasin’ Gingers, from Wilmington, NC, with their four fish weighing a total of 14.57 lbs., earning them a $400 check and 49 points.

Third place was claimed by Capt. Ray Brittain and Tripp Murray with a four-fish aggregate weight of 14.16 lbs. They scored 48 points and a $300 payout for their finish.