Ryan, of Hatteras Jack, reports that anglers are catching tons of sea mullet off the Rodanthe area beaches.

Red drum are biting well during stretches of southwest winds, and a few black drum are mixed in for anglers with shrimp-tipped bottom rigs.

Pompano are starting to show up in deeper holes around area piers, and anglers on the pier are finding sheepshead around pilings (and nearby holes).

Flounder are popping up in the surf action and will become more common going into summer. 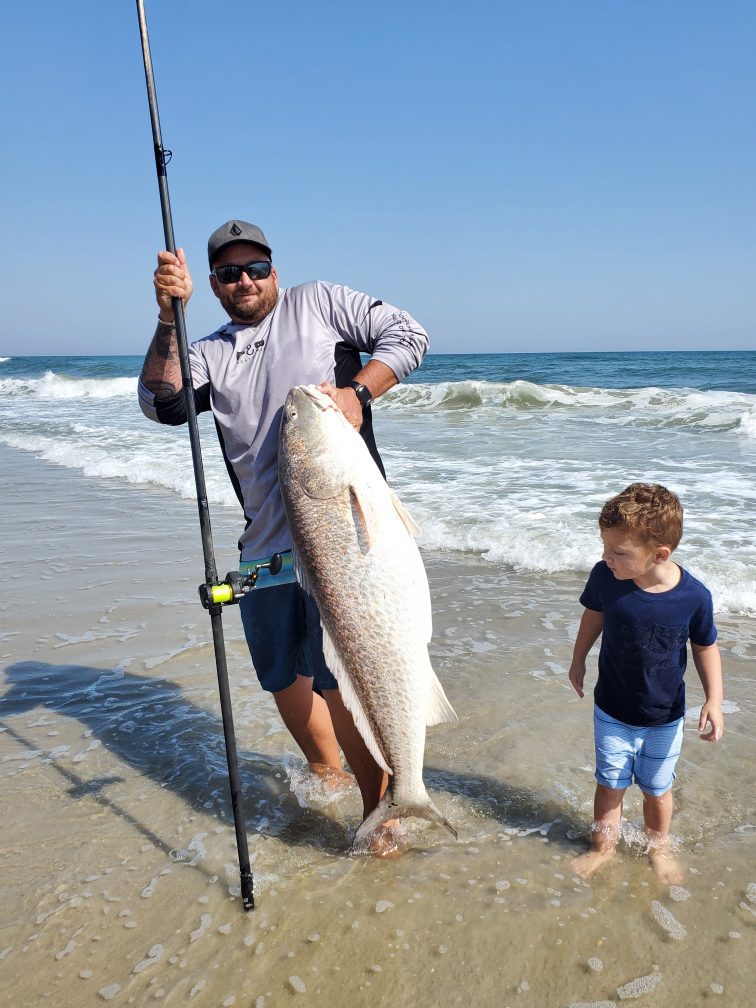 Jim, of Rodanthe Pier, reports that some large pompano (up to 2.4 lbs.) are starting to show up around the breakers.

Slot-sized red drum (up to 26”) are being caught with fresh cut baits and shrimp.

Some early, smaller flounder are starting to chew. As water temperatures rise, they will become more commonplace for anglers fishing closer to the sand.

Heather, of Frank and Fran’s, reports that with temperatures in the area rising, speckled trout action has been really picking up over the past week.

Red drum are also more active, as they are pushing back into the sounds from their holdovers along the beaches.

Surf anglers are finding really good numbers of sea mullet while bottom fishing the deeper holes along the beach.

A few citation-class red drum have been caught around Avon.

Denny, of Frisco Tackle, reports that surf anglers are catching good numbers of sea mullet (with a couple citations) on shrimp-tipped bottom rigs. Anywhere from ramp 44 to ramp 55 has been providing plenty of action.

Some bluefish are pushing into the surf zone, and they’re hitting mostly bottom-rigged baits.

Anglers at the Point and around ramp 55 are landing some citation-class red drum.

With the sound water temperatures rising, both speckled trout and red drum are become more active on flats and grass edges.

Hoopdee, of Teach’s Lair, reports that dolphin fishing is picking up as water temperatures push the migration into the area. Over the next few weeks (and with less wind-blown days), anglers will see good numbers of mahi on the docks.

Blackfin and a few yellowfin tuna are mixed in with the Gulf Stream action, and a couple large wahoo round out the offshore activity.

Nearshore structured areas to the south are holding good numbers of king mackerel.

Joey, of Fingeance Sportfishing, reports that good numbers of puppy drum have worked their way into the Hatteras inshore waters. Drifting flats with gold spoons has been a favorite tactic on the fair-weather days. With recent winds being more common, the use of cut mullet has been extremely productive.

Spanish mackerel have made a good showing right outside the inlet for anglers trolling Bowed Up spoons.

Jay, of Bite Me Sportfishing, reports that blackfin and good-sized yellowfin tuna (up to 50 lbs.) have been a large part of the offshore action.

Dolphin are pushing into the region, with good numbers already arriving. Over the next few weeks, less windy weather patterns should see a bunch of fish hitting the boxes.

Wahoo and the occasional sailfish are mixed in the trolling bite.

Closer to the beach, anglers are catching some large king mackerel and bonita. 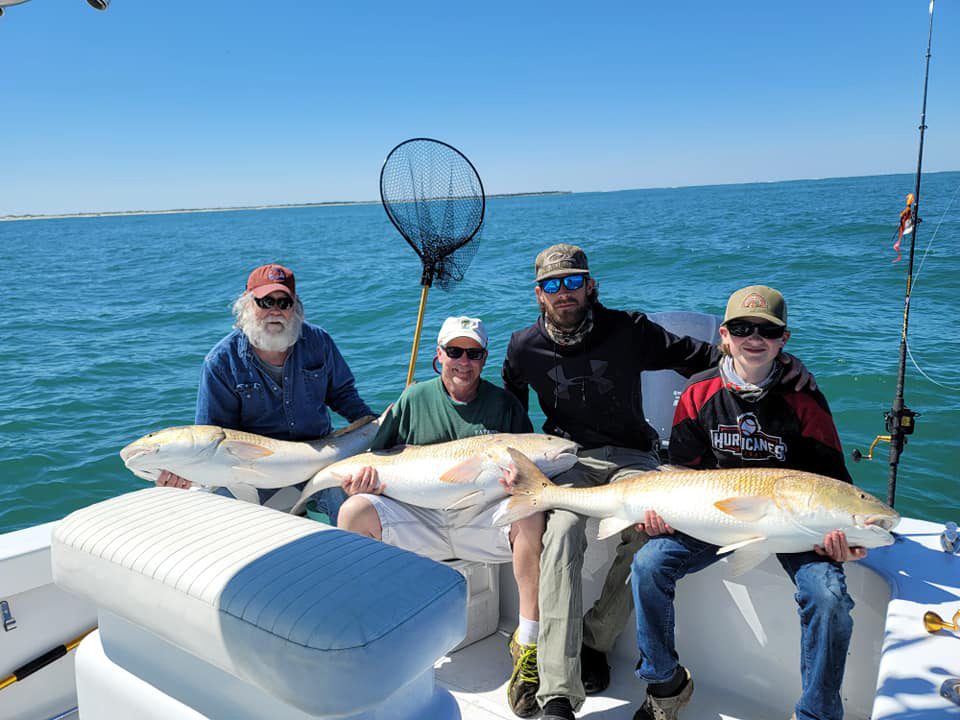 Jeremy, of Calypso Sportfishing, reports that mahi showing up has been the big news through the area. There are a good number of larger gaffers mixed in for anglers taking advantage of the recent small weather windows. Target weed lines and floating debris in the 60+ fathom range.

Jessie, of Carolina Girl Sportfishing, reports that both gaffer and bailer-sized dolphin are starting to arrive in good numbers. Anglers are having early successes with chain rigs and ballyhoo rigged either naked or with pink skirts.

Blackfin tuna are mixed in the trolling count, with most action on the break towards the south, and there has been a great eddy spinning off Hatteras recently that has been holding a good number of big blue marlin.

Kristen, of Tradewinds Tackle, reports that red drum fishing has been good in the surf, with areas around the inlets being extremely productive.

Flounder are pushing inshore and are hitting bottom-rigged baits in the wash.