Jeff, of Ocean Isle Fishing Center, reports that the bull red drum continue to hold on nearshore areas along the beaches and around the jetties. These fish have been feeding well on chunks of menhaden or mullet.

Tons of spanish mackerel are schooled up off the beaches. These fish are hitting just about everything from spoons to metal to live baits.

Inshore anglers are finding water temperatures to still be pretty warm, but speckled trout are starting to show up. The bite is a bit scattered, but that should change in the coming weeks as more cold fronts push through.

Live shrimp has been producing the best action for all the inshore species. 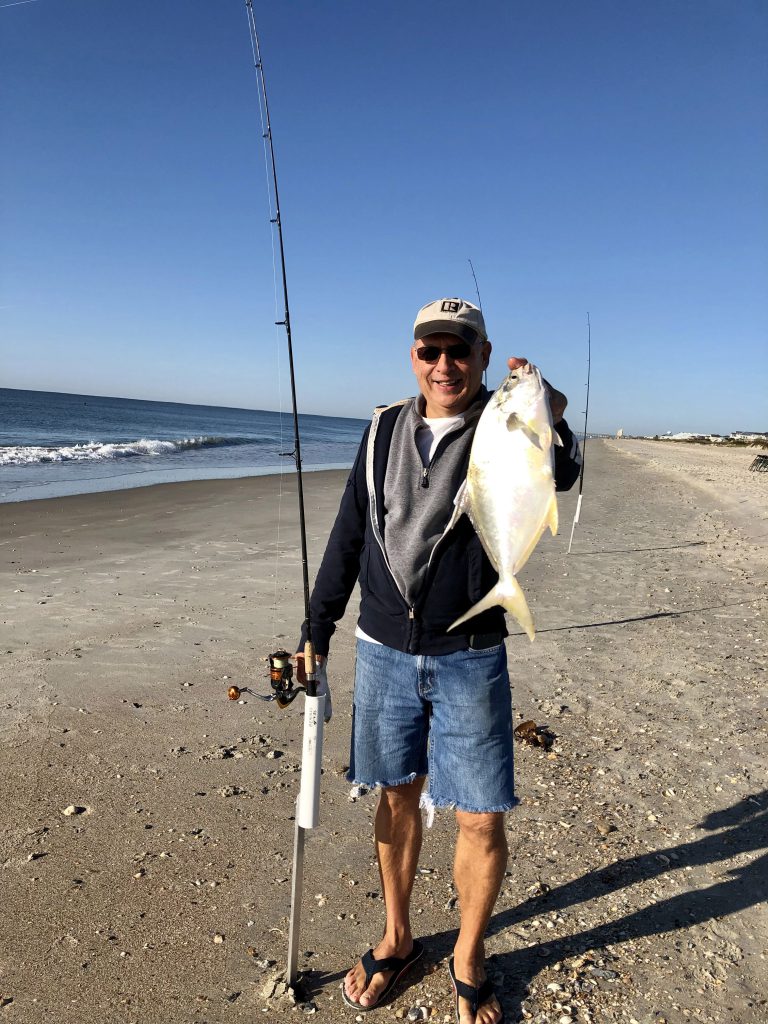 Brant, of Ocean Isle Fishing Center, reports that anglers are now in the grasp of full-on fall conditions, with peak fishing action just about here for a variety of species.

The fall king mackerel action that Carolina anglers look forward to has been plenty productive for anglers targeting areas from the beachfronts and out nearshore. These schools of kings will hang close to the beach in early fall and then push out into the 50-80’ range by around Thanksgiving as they seek out the preferred mid 60s to low 70s water temperatures.

The bluewater trolling action will be picking up for wahoo and schools of tuna migrating along the break from 120’ and out. November has always been one of the best months to find large wahoo off our coast.

Grouper fishing has been focused on the 50-90’ range during these fall months. Target these shallow-water gag grouper with live baits over structure.

Anglers fishing nearshore have found schools of spanish mackerel to be incredibly plentiful, but they will soon be moving on to the south as water temperatures drop.

Bluefish will replace these schools of spanish and stick around for a while longer.

Tim, of Tideline Charters, reports that anglers have been having a blast targeting the citation-class red drum eating pogies in the inlet. With everything cooling down, though, don’t expect these fish to stick around too much longer.

Also look for speckled trout fishing to pick up now that temperatures are falling. The first places the action kicks off are the deeper sections of shallow creeks (in the 5-9’ depth range). Live shrimp under a cork is always a winning setup, but many anglers choose to target them with soft plastics and MirrOlures. The 3/16 oz. Trout Eye jig heads matched with the original Trout Tricks soft plastics in darker and mullet color patterns have been working well.

Slot redfish are pushed up onto oyster flats, and they’re feeding on shrimp. Some black drum will be mixed in the action for anglers fishing shrimp around oysters and similar structure.

Nearshore trips have found tons of spanish mackerel, false albacore, and king mackerel along the beaches. Big Nic Spanish Candy in pink or black/silver color patterns have been great to cast at surface-feeding fish. The kings have mostly been caught with slow-trolled live baits in the 18-25’ range.

Tripp, of Capt’n Hook Outdoors, reports that the bull red drum fishing continues in the area. Anglers are catching these trophy fish with Carolina-rigged pogies dropped around the inlets and nearshore bait pods, but as the water temperatures are finally cooling, these fish won’t stick around for much longer.

The speckled trout bite has been picking up, but it will absolutely fire off in the coming weeks with a temperature drop. Most of the action will come from anglers fishing float rigs around oyster rocks and shell banks.

Black drum are biting well on Carolina-rigged cut baits. Fishing docks and similar deep structures around lower tide cycles has produced most of the action.

Off the beach, the king mackerel bite is on fire from the beaches out to 80’. Slow trolled pogies or cigar minnows are the best baits for getting in on the action.

The Gulf Stream trips are seeing action pick up on wahoo and blackfin tuna. Both species are hitting trolled ballyhoo or high-speed lures. As area water cools and a strong temperature break forms, this offshore action only gets better.

Grouper fishing, especially gags, has kicked off over structures in as shallow as 65-70’ for anglers fishing live or cut baits. 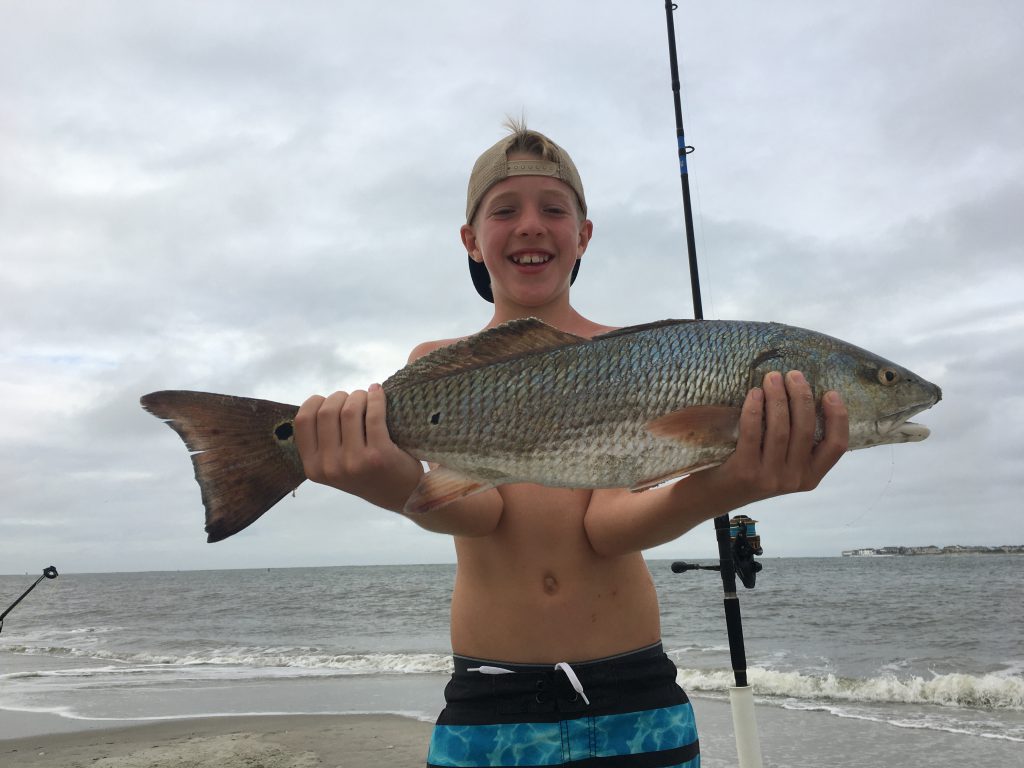 Bricen Gillan (age 11), from Greensboro, holds up a 25″ red drum that he caught from the Holden Beach surf.

Phillip, of Rod and Reel Shop, reports that surf anglers have seen a major increase in surf fishing action now that water temperatures have started to cool. Bottom fishing has been producing a mixed bag of whiting, croakers, pompano, and some spot.

Some bull red drum are being caught around the inlets, with most of the action coming in the early mornings and late evenings.

Nearshore anglers are experiencing really good fishing for spanish mackerel and bluefish, and this action is coming from both casting jigs and slow-trolling live bait.

King mackerel are in the mix, and they’re mostly being caught by anglers slow trolling live pogies or pulling cigar minnows on dead bait rigs.

Inshore fishing is picking up as the seasons change over. A mix of slot-sized red drum and speckled trout are being found spread out all over the area.

Spanish mackerel, at times, have been moving past the pier within casting distance.