Jeff, of Ocean Isle Fishing Center, reports that water temperatures cooling in the area have fishing action picking up.

Black drum action has been good for anglers rigged with live shrimp or fiddler crabs. Targeting areas around oysters and inshore structures on falling tides has been best.

Red drum and speckled trout action are getting better, with both species actively feeding on the bait transitioning around the area. The bite gets even better as the water temperatures drop a couple more degrees.

Occasionally, anglers fishing live baits on the bottom will land some good-sized flatfish.

Early action from bull red drum are coming from anglers bait fishing ledges around the shoals. With the mullet run kicking off, this fishery will pick up later in the month. 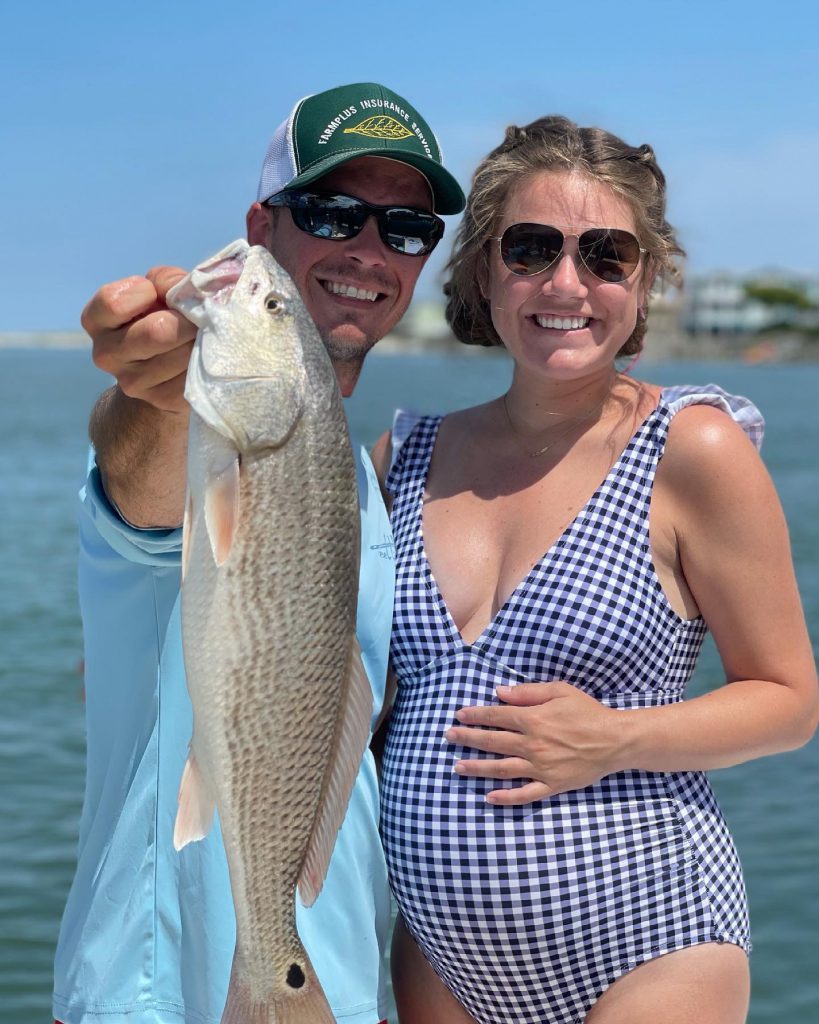 Matt and Jordan Hauser, of Ocean Isle Beach, with a 21″ red drum caught on a live mullet near Tubbs Inlet.

Brant, of Ocean Isle Fishing Center, reports that early fall is a great and sometimes frustrating time to find consistent fishing patterns. With past seasons seeming to run further behind, what migrations may have normally started by now can be pushed back 2-4 weeks. A great example is being seen with king mackerel. Anglers have to be ready to adapt as trips can find action along the beachfronts, out in the 60’ range, and deeper (in 100’+). These transitions sometimes make it difficult to find large amounts of fish together.

Gulf Stream anglers also experience this while trolling for wahoo and blackfin tuna. These runs focus on water clarity and color to determine levels of success, and this is made easier when the region sees stable weather patterns.

Look for the middle to end of the month for patterns to settle and become easier to predict.

Tim, of Tideline Charters, reports that bait is being seen just about everywhere right now. Huge schools of mullet and menhaden are pushing around both inshore and off the beaches.

Local anglers turn their attention to the bull redfish bite when they see these changes happening. Fresh cut baits fished on heavy (2 oz.) Carolina rigs with circle hooks is the main setup for targeting the deeper areas in the inlets and structure off the beach. Heavy tackle is required, mostly to get the fish released quickly so they can continue their migration.

Slot-sized red drum are also feeding on the live and cut baits fished in deeper holes going back into the mainland creeks. Rigging mullet on jig heads is another tactic that anglers find success with.

Speckled trout fishing is just starting to pick up. In the coming weeks, cooling water temperatures will see the action improve dramatically.

Tripp, of Capt’n Hook Outdoors, reports that the bull red drum bite is picking up around the area’s inlets. These fish have been biting best on the rising tides, with pogies fished on the bottom being a favorite setup.

Speckled trout have started biting again, now that the seasonal changes have started. Anglers are finding the most success with live shrimp fished under float corks. Target the deeper oyster banks on rising tides for most of the strikes.

Black drum are staged up around ICW docks on the lower tide cycles, and they’ve been feeding best on fresh dead shrimp.

King mackerel action is starting to heat up along the beachfront. With this push still being early, anglers are finding action from the shallows out to 100’. Live pogies are producing most strikes.

Grouper are starting to move in as well. As water temperatures drop a bit more, look for action to move into the 65’ range. Live baits such as pinfish help weed out some of the smaller mixed bag of reef species. 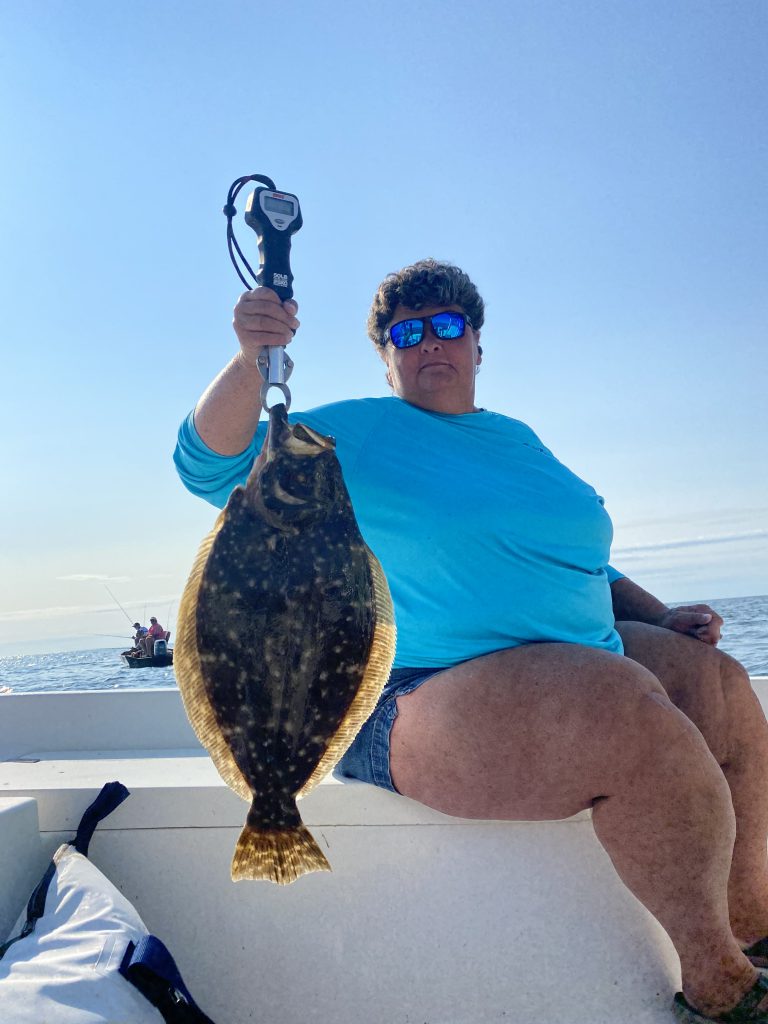 Julie Brock, from Oak Island, with a 5.5 lb. flounder (23.5″) caught at Yaupon Reef on a live mullet. She was fishing with Capt. Kaleb Frink of River Run Fishing Charters.

Jerry, of Ocean Isle Beach Fishing Pier, reports that bluefish have become more plentiful as schools of bait have moved onto the surf. Casting Gotcha plugs is producing most of the strikes.

Red drum action has been good for anglers fishing cut baits on days with water conditions being stirred up, and bottom-rigged sand fleas and similar smaller baits are producing some whiting and pompano.