Pufferfish and a few black drum are mixed in, with both species also feeding on shrimp.

Anglers fishing structure off the beach are finding black sea bass in large numbers. Most of the larger, keeper bass are out in the 15+ mile range.

Speckled trout have been the main target for anglers fishing in the backwaters. 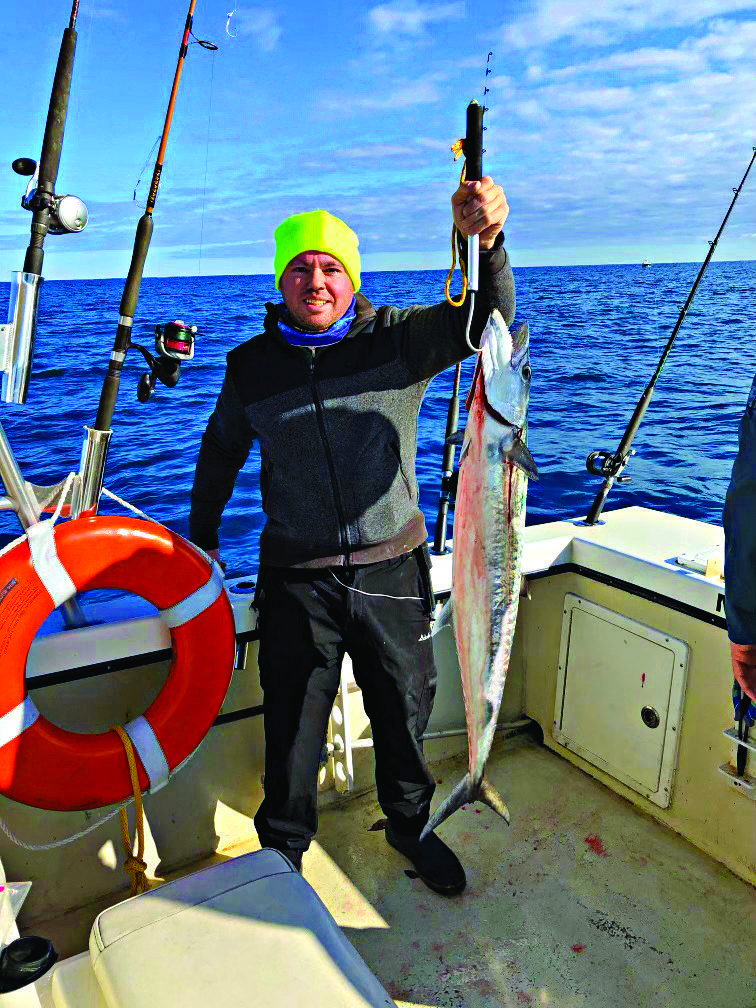 Jerry McNair, from Rhode Island, with a king mackerel caught using a live cigar minnow. He was fishing with Capt. Mark Greene of Angry Pelican Charters.

Mark, of Marine Service Pro, reports that offshore bottom fishing around the tower has been on fire with water temperatures still on the cooler side. A mix of black sea bass, grunts, and snapper are hitting cut squid.

A few wahoo are starting to show up for anglers making a run to troll the Stream.

The nearshore structure (and holes inside the inlet) are producing whiting and black drum. Fresh shrimp has been the favorite bait for both species.

A few red drum are being raised on the same baits.

Going into April, anglers are looking for nearshore water temperatures to rise about 4-5 degrees for bluefish and then spanish mackerel to arrive.

Offshore trips should begin to see dolphin and yellowfin tuna mixed in the trolling action, and blackfin tuna will be caught while pulling skirted ballyhoo throughout the month.

Jim, of Keep the Sea Charters, reports that anglers are finishing up on a strong season of striped bass in the Cape Fear and Brunswick rivers. Casting 6” Gulp shad and spinnerbaits around structure has produced the most action.

A few redfish have been caught right along the stripers in these areas.

Going into the next few weeks, look for these redfish schools to be much more active in the down-river region. This transition period sees the larger red drum schools breaking up into smaller groups and more actively feeding. The bite becomes weather dependent, so cooler days will see the best action in deeper holes and backs of creeks. Then on warmer days, it’s a great idea to look on the mud flats where water temperatures will be higher than the surrounding area. Soft plastics (such as Gulp shrimp and Matrix Shad paddle-tail baits) have worked well. A Carolina rig with cut shrimp will also produce if the bite is slow, and topwater plugs are beginning to get traction going into April.

Speckled trout action is just starting to pick up and gets better over the next few weeks as water temperatures in the area rise.

Deeper structure is loaded with larger black sea bass for anglers getting a break in the weather.

King mackerel haven’t made too much of a showing yet, but as water temperatures rise over the next few weeks, they should be moving into striking range.

With bonita already showing north of the region, it’s a sign that seasons are turning. Nearshore structure will continue to hold black drum and gray trout as anglers look forward to grouper season opening.

Spanish mackerel will start showing up around the end of April. This first run of spanish will be larger fish as they lead the rest of the schools.

Ryan, of Fugitive Charters, reports that anglers making the run to the Gulf Stream are finding wahoo numbers to be picking up.

Over the next few weeks, anglers look forward to the possibility of yellowfin tuna arriving.

Bottom fishing action remains popular with cooler water temperatures in the area. Large black sea bass and plenty of American red snapper are holding over structure in the 20-40 mile range.

A few cobia have already started to move into some of these offshore wrecks.

Atlantic bonito should be showing up any day now within the first few miles off the beach.

Later in April, look for spanish mackerel to move onto the beaches.

The first wave of king mackerel should be right behind them in late April and into May. 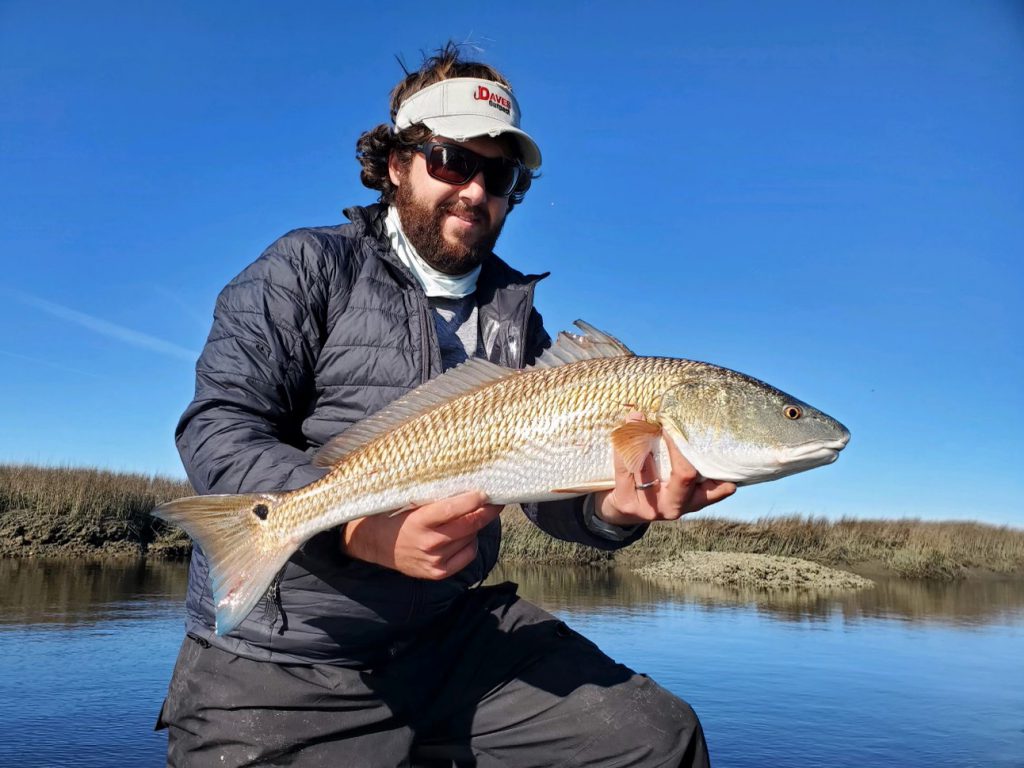 Capt. Tim Disano, of Tideline Charters out of Ocean Isle, with a redfish caught on a natural-colored Vudu shrimp on a dead low tide just off an oyster bed.

Wally, of Oak Island Fishing Charters, reports that keeper black sea bass action has been strong in the 20-mile range. Any sort of cut baits fished over structure has been getting strikes from these huge schools of fish.

There hasn’t been too much action nearshore just yet, but with good numbers of whiting showing up in the river, it’s a sign that conditions are rapidly changing for the better.

King mackerel should make a showing over deeper structure in the next month as water temperatures climb into the 60s, and the first showing of mahi will be around this same time as they make their yearly migration up the coast.

Karla, of Ocean Crest Pier, reports that some larger sea mullet have begun to show up, with the pier weighing a few citations recently.

Black drum are mixed in with the bottom action on bait shrimp.

Jay, of Oak Island Pier, reports that most action has been coming off anglers fishing bait shrimp on bottom rigs. A mix of croakers and whiting are the current catches, with better numbers expected to show up over the next few weeks.