Long recognized for their undeniable strength, smoothness, and durability, the PENN Battle spinning reels are revered among saltwater anglers and feared by the fish they meet. With the introduction of the next generation, the new Battle III spinning reels and combos continue to be a workhorse on the water while remaining one of the most accessible reels in the PENN family.

Tackling a wide variety of saltwater applications, the new Battle III series is enhanced with PENN’s best gear technology, which is sought after by everyone from inshore, to offshore and surf anglers. 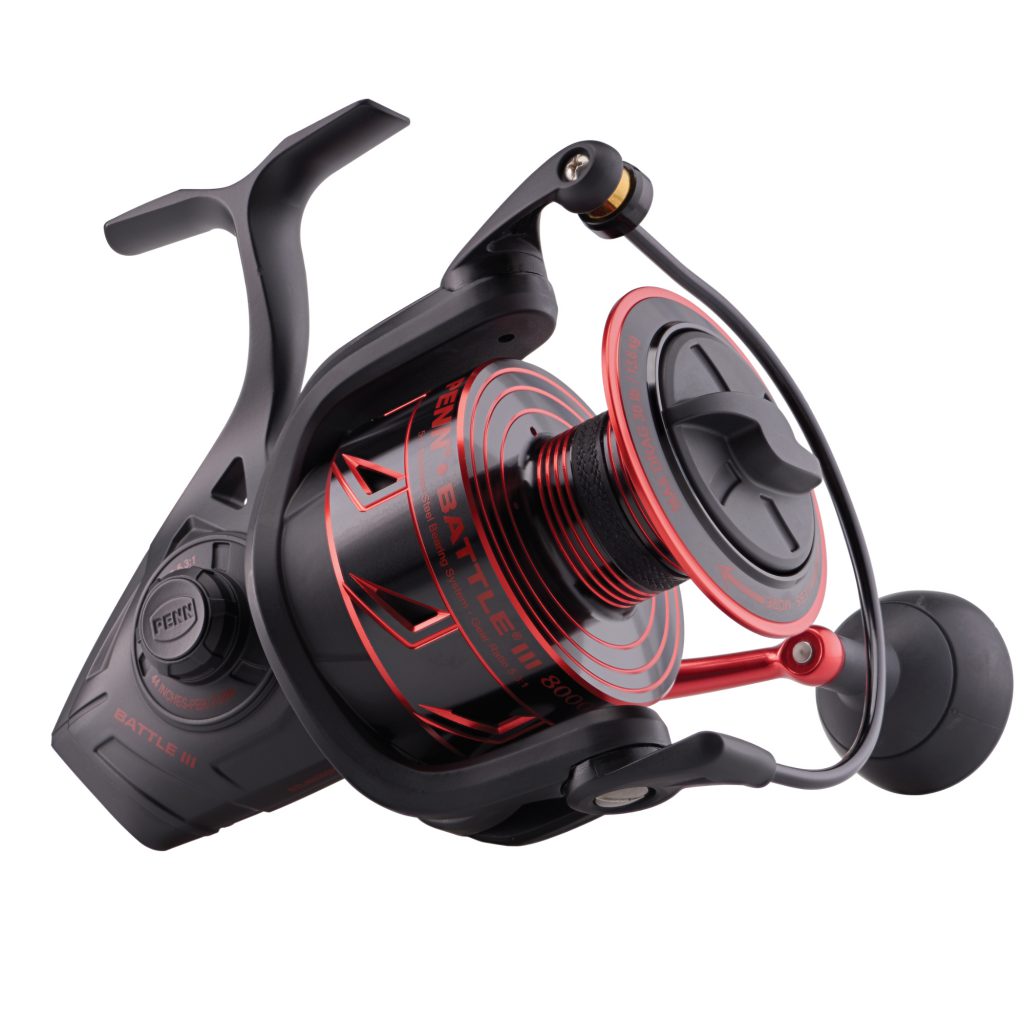 Already a well-known series for PENN, the Battle III takes must-have saltwater characteristics like strength, smoothness, and durability to the next level with the inclusion of PENN’s proprietary CNC Gear Technology which ensures the pinion and drive gears are cut to exact tolerances using premium metals. The new Battle III reels include the proprietary PENN HT- 100 Carbon Fiber Drag System for smooth drag even when battling hard-pulling saltwater fish and a full-metal body and sideplate. Combined, these features make the Battle III ideal for inshore, surf, and select offshore application.

“The Battle series of spinning reels were already one of the best sellers in the market, but we knew we could improve them,” stated Mike Rice, Category Director for PENN. “Adding CNC gearing to the already tough aluminum body and sideplate provide tremendous durability at a great price point.”

Additional reel features include a superline-ready spool to negate the need for backing, line capacity rings for easy reference while fishing or spooling, and 5+1 sealed, stainless-steel ball bearing system. Built to handle the abuse that’s unavoidable for saltwater fishing gear, the reel comes in nine different sizes, ranging from 1000 to a new 10000 size.

While the 2500 is perhaps best suited on our part of the coast for throwing artificials for flounder and red drum, the 3000 size can be matched with both a 7’ medium to a 7’ medium heavy rod, for those that also like live bait fishing for these popular species.

The new PENN Battle III reels have MSRPs ranging from $99.95 to $149.95, and more information is available at www.pennfishing.com.