The Eastern Winter Trout Series recently hosted their third and fourth events, out of a total of five events, and while the individual events have seen some shifting on the leaderboard, the overall points leader has remained Team Blackjack.

The third event of the five event Series was won by Team Salty Reds. Tom Shivar, Lindon Southerland, Sr., and Lindon Southerland, Jr. took the win with three speckled trout weighing in at an aggregate weight of 7.65 lbs. The action on that Saturday (February 27) was a grind, as in addition to batting a windy, cloudy day with air temps in the 50s and water temps in the high 30s/low 40s, the trout bite was a struggle all day long.

“We spent all day trying to entice the bite and find out what they wanted,” explained Shivar. The team kept hopping from one spot to the next, and they were throwing an array of baits at each location they targeted.

“We threw a few topwaters here and there,” Shivar continued, “some soft plastics like Vudu shrimp and others, and hard baits like X-Raps and MirrOdines.”

The areas they targeted were diverse, too, from fishing structure, to flats, to creeks—areas that ranged anywhere from 3-feet to 12-feet deep.

After a slow, grinding day with a couple of modest keeper fish in the boat, Shivar came tight on their big trout of the day, a 3.65 lb. speck, with just 10 minutes left of fishing time. 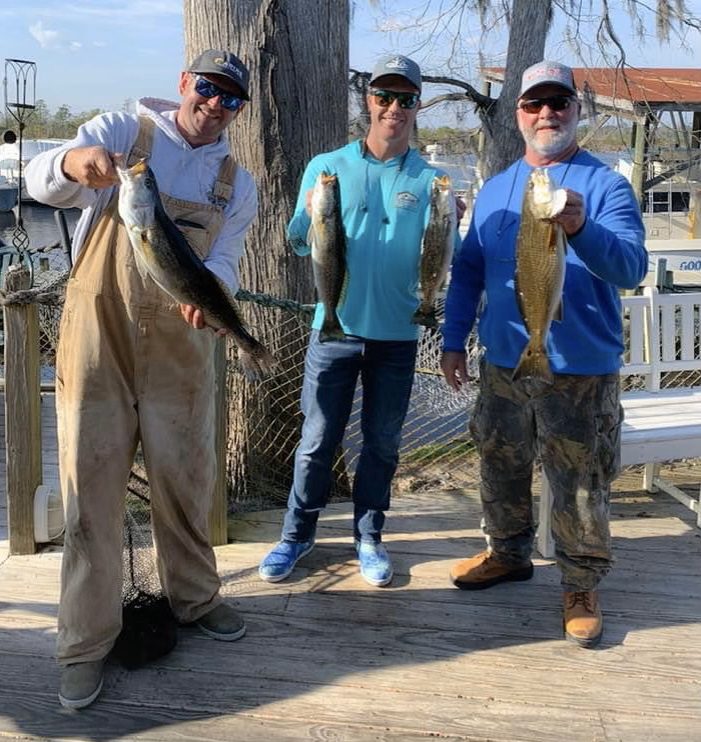 Second place in Event #3 went to Ray Sanderson, Ray Brittain, and Trip Murray with four trout totaling 6.05 lbs. They, too, ran all over the place trying to find a bite.

They had eliminated all of their regular spots while pre-fishing the day before, so on tournament day they focused on areas they hadn’t fished in months. After a long day of nothing but spikes, the team finally found some keepers in a 100-yard section of a creek where they hooked their keeper fish in the last two hours of fishing.

“We threw a mix of soft and hard baits,” Brittain recounted, “everything we had in the boat, basically.”

The win in Event #4, hosted on March 13, went to the team that’s been sitting atop of the Series. Team Blackjack weighed in a four trout aggregate weight of 8.92 lbs. Carson Crazybear and David Banks started their day in the New River, as they heard some fish had been biting in the couple of days leading up to the weekend. By 9:00 they had only seen one fish bigger than 12”, so they decided to make the long run up to the Emerald Isle area to find some fish that Crazybear had been on earlier in the week.

They beat it out in Emerald Isle and Swansboro creeks all day, slowly gathering some keeper fish, and then they finished their day in French’s Creek where they found one last upgrade fish.

Team Blackjack, like the other teams over both weekends, found it necessary to throw a variety of soft and hard baits to try and find what the fish wanted.

Second place in Event #4 went to Chris, Brian, and Talan Kennedy, and they needed just two trout to get to 6.07 lbs. 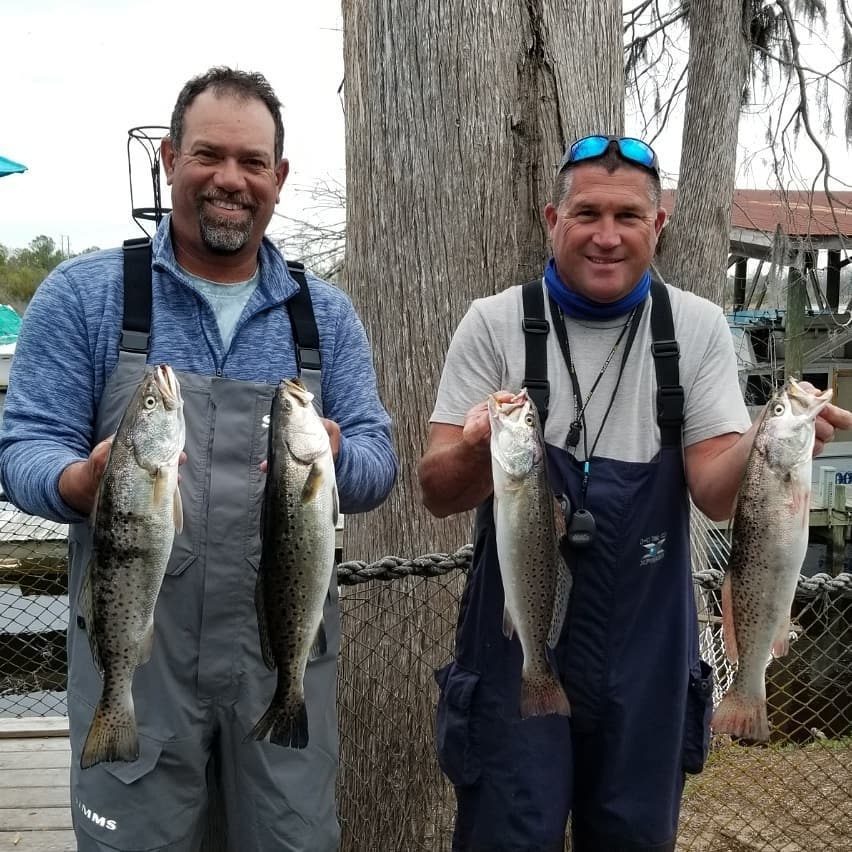 Carson Crazybear and David Banks, of Team Blackjack, were the top boat in event #4 of the Eastern Carolina Winter Trout Series with four trout toalling 8.92 lbs.

The team had pre-fished with success using MirrOlure 17s, but then conditions changed and they found the fish wouldn’t touch a MirrOlure on tournament day. They switched to soft plastics, mostly 4” swimbaits on 1/16 oz. jig heads. The main river didn’t produce, so they focused their efforts on skinnier water in the creeks.

After Event #4, Blackjack is in first place in the series with 194 points, and they are followed by Kennedy with 185 points and Specktacular with 148 points.

The final event in the Series will be on April 3.