The Eastern Carolina Winter Trout Series is underway again this year, hosting their second event (out of 5 total) over the weekend of February 6.

The big winner of the second event was Team Blackjack, made up of David Banks and Carson Crazybear. The duo weighed in a four-trout aggregate of 11.30 lbs., and that included the event’s single heaviest trout of the day at 4.63 lbs.

Team Blackjack targeted three different creeks off New River over the day of fishing, and they caught their fish on a mix of soft plastics and hard baits. The team only had seven bites all day, but fortunately four of those bites happened to be keeper trout. 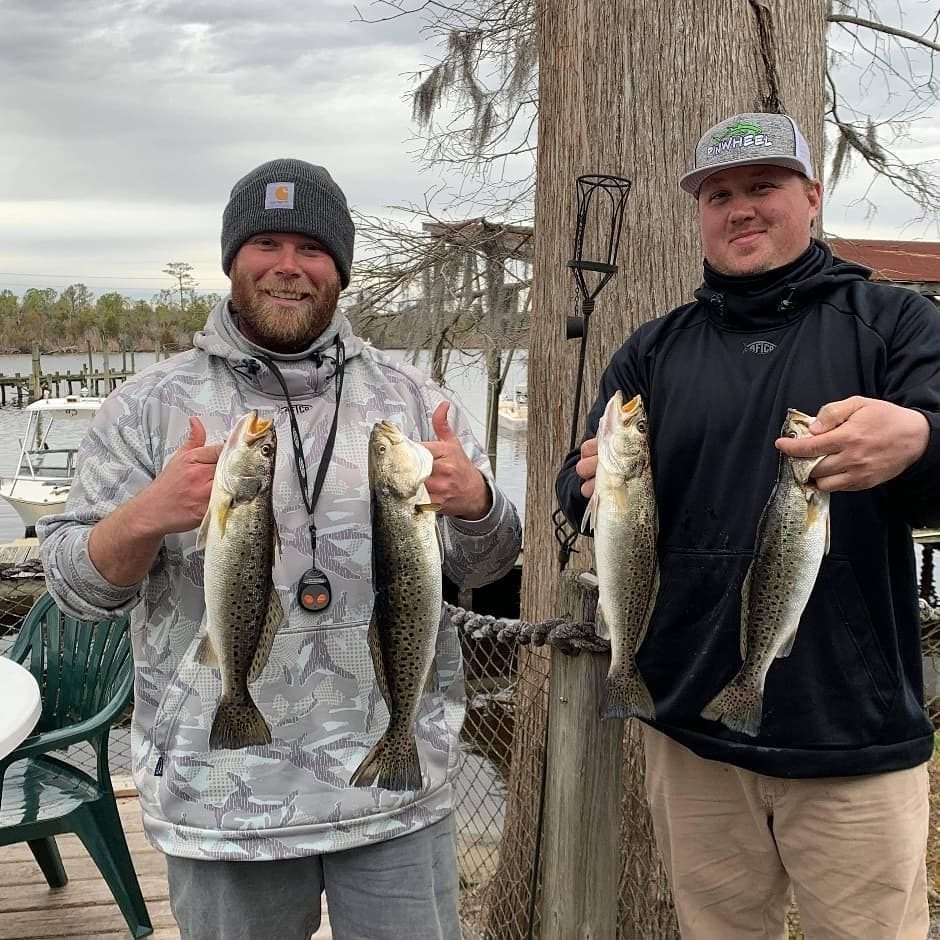 Victor Roulund and Jacob Powell with the four fish that they recorded in their second place finish in the second event (out of five events) of the Eastern Carolina Winter Trout Series. They were fishing with Brent Banks, and the team currently sits in first place in the Series (they won the first event).

“Brutal is probably the word,” commented Crazybear on the tough day of fishing, as the team went through a stretch of 4-5 hours without a single bite. In addition, while pre-fishing prior to the event, Crazybear noted that he didn’t catch a single fish over two full days of fishing.

The team earned 50 points towards the Series title for their first place finish, plus an additional one point for weighing in the event’s single heaviest trout of the day.

Finishing in second place in Event #2 was Team Specktacular, made up of Brent Banks, Victor Roulund, and Jacob Powell. The team weighed in four fish for an aggregate weight of 7.33 lbs., and the second place finish earned them 49 points.

They caught all of their fish throwing Betts Halo Shads in Southwest Creek on an outgoing tide.

“The bite was real finicky,” Banks noted. “You couldn’t hardly feel it. You had to wait to feel a little bit of weight.”

“It was typical February fishing,” he added. “You got to fish slow.” 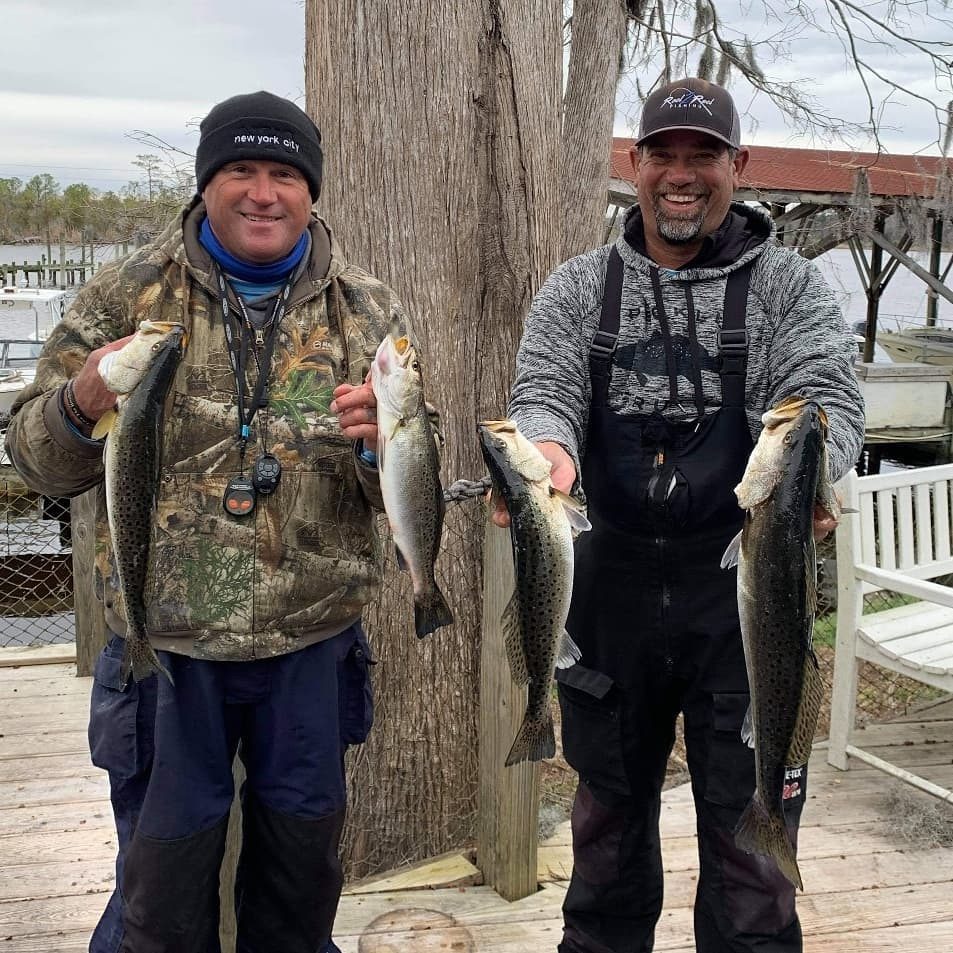 David Banks and Carson Crazybear, of Team Blackjack, with the four trout, including the event’s single heaviest at 4.63 lbs., that totalled 11.30 lbs. and brought the team first place in Event #2 of the Eastern Carolina Winter Trout Series. They caught their fish on a mix of soft plastics and hard baits fishing creeks off New River.

Third place in the second event went to Team High Speed Wobble, made up of Beasley and Burns, who took third place by weighing in a single 3.15 lb. trout, good enough for 48 points towards the Series.

At the conclusion of the second event, Specktacular sits atop the field with 99 points in the Series (they earned 50 points towards the Series by winning Event #1). They are closely followed by Team Blackjack with 96 points, and Kennedy/Thigpen in third place with 90 points.

More details and information on the Eastern Carolina Winter Trout Series, including dates for the remaining three events, can be found on their Facebook page.