The Eastern Carolina Winter Trout Series ended on April 3 with the weigh-in of the fifth and final event of the season. While Team Salty Reds took the top spot in Event #5, it was Team Blackjack that held on by two points to take the season title.

Tom Shivar and Lindon Southerland, Jr. were representing Salty Reds in event #5, and though they were met with a cold snap on that Saturday morning (temperatures in the 30s), they managed to pluck trout throughout the day. 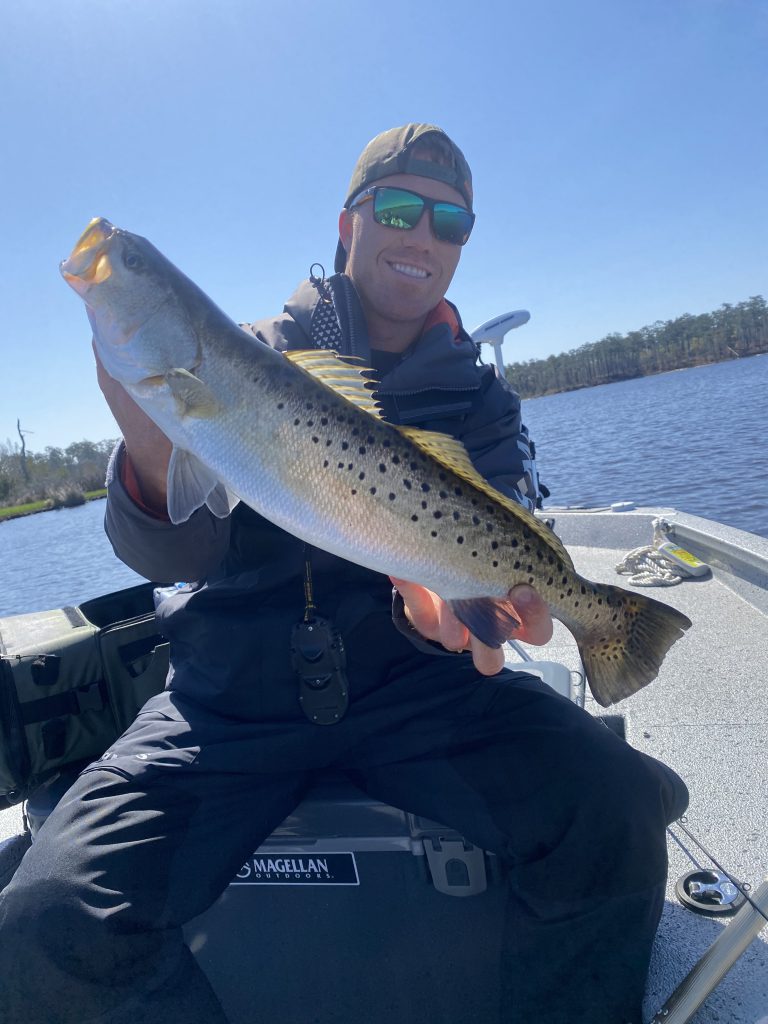 Lindon Southerland, Jr. with a 3.8 lb. trout that was part of the four-trout aggregate that Team Salty Reds weighed in to take the title in Eastern Carolina Winter Trout’s event #5. He was fishing Duck Creek using a Z-Man soft plastic with teammate Tom Shivar.

The team moved around a lot, Shivar explained, covering several areas of the New River water basin, but they never had to go far. They worked the outskirts of Northeast Creek, fished in Duck Creek, and basically hopped around throughout the day.

While the team’s single biggest trout was close to 4 lbs., most of the fish they found were in the 2-3 lb. class. Their four-trout aggregate was ultimately 11.23 lbs., but the team found way more than the four fish they weighed in.

While they generated a couple of bites on topwaters, most of Shivar’s trout came on MirrOdines, and most of Southerland’s trout came on soft plastics, with chartreuse and “broken glass” being the hot colors. 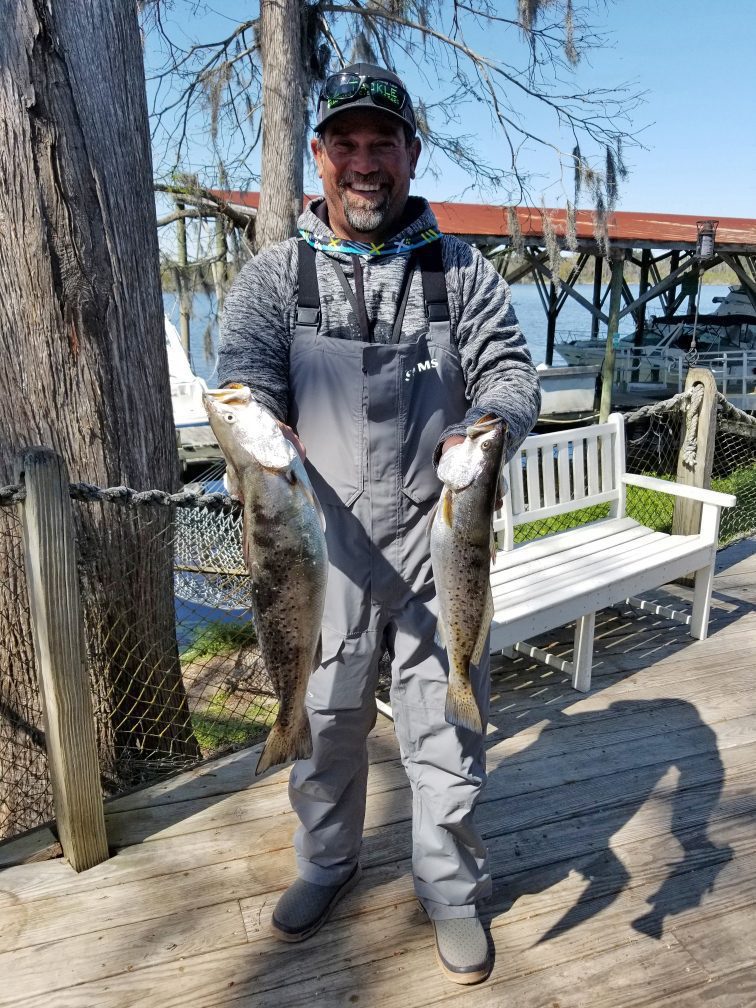 Carson Crazybear with two of the trout that earned he and David Banks, of Team Blackjack, second place in event #5. The runner-up finish solidified Team Blackjack the Championship title in the five-event Eastern Carolina Winter Trout Series.

The team started fishing at daylight, and most of Blackjack’s trout were in the boat by 7:30 am. They targeted the Northeast Creek and predominantly caught fish on suspending baits. By the end of fishing time, they had landed 10 or 12 fish, and culled their heaviest four.

The second place finish in event #5, though, was enough to keep them in first place for the series title.

“We fished all five events,” Banks noted, “and I believe we were the only team to throw out points. The rest threw out 0s. Consistency paid off.”

This was the first year that Banks and Crazybear tournament fished together.

For more information on the next Eastern Carolina Winter Trout Series, you can visit their Facebook page.