The event, hosted August 13-15 out of Cedar Island, was created in large part to keep people from forgetting the namesake of the event, Sarah James Fulcher. A few weeks after Sarah passed away in 2018, the organization Another Perspective, whose mission it is to improve the lives of the underserved and build an all-inclusive setting for disabled children through recreation and conservation, hosted the first tournament, expecting about 30 anglers and being almost overwhelmed by the 130 or so anglers that registered. 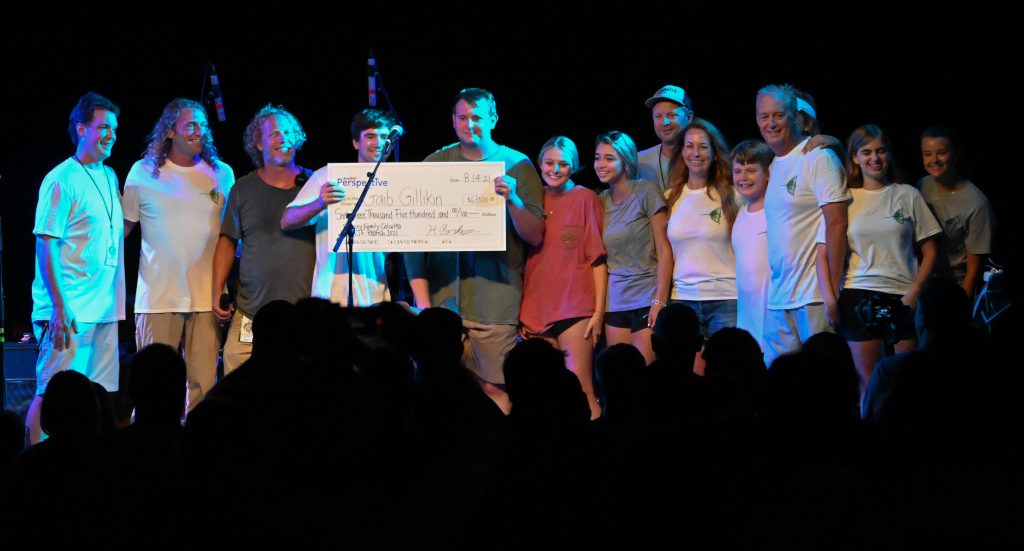 Gaib Gillikin (left side of the check) took home the world-record purse for a red drum tournament single payout at $63,500 for winning the Sarah James Fulcher Redfish Tournament out of Cedar Island. He relased a 51″ red drum while fishing with Ronald Sanders (right side of the check).0

This year the big winner was Gaib Gillikin, from Harkers Island. The tournament fishing time was from 6:00-10:00 pm on that Saturday, but Gaib and Ronald Sanders took their time heading out on the water. Their philosophy was simple—they wanted to let everybody get to where they were going, and then they would post up away from everybody.

They launched out of Cedar Island, found a spot in 17-18’ of water, put out five lines baited with a mix of cut mullet and cut bluefish, and then started chumming. The bite was better than steady, as they successfully released 11 citation red drum before their biggest fish, measuring out at 51”, was hooked.

The 51-inch fish came into the boat right around 9:00 pm, and it was a struggle to pull the fish over the gunnels, as Gaib and Ronald had broken their big scoop net earlier in the evening. Using just the scoop (no handle), they managed the fish into the boat, took the required photos with time stamp, tournament measurement tape, and fish ID tokens, and then released the fish into the night. 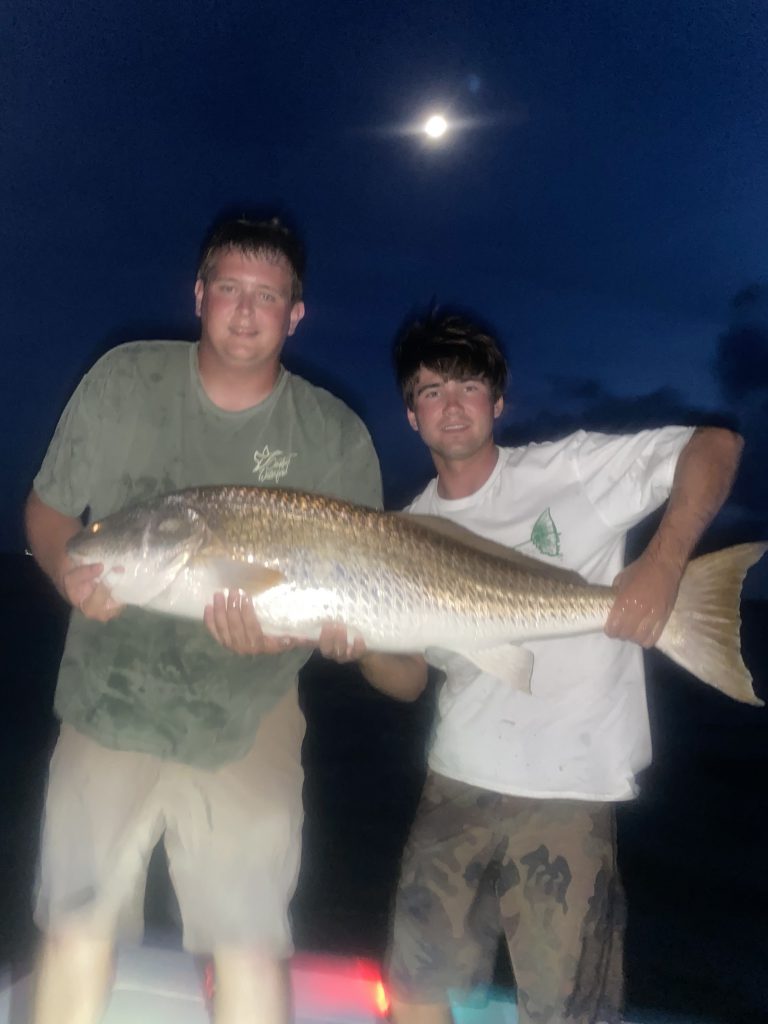 Gaib Gillikin (right) and Ronald Sanders with the 51″ red drum (released) that won the Sarah James Fulcher Redfish Tournament. The fish was caught on cut mullet in 17′ of water off of Cedar Island.

This was their first year fishing in the event.

Other top finishers include Tyler Sutton, who finished in second place with a 50 7/8” fish, Jayden Briggs, the top junior angler with a 50 3/4” fish, and Kaleigh Tosto, the lady angler champion with a 50 1/2” fish.