The Kingfish Cup is a limited entry tournament series that offers high-level, competitive King Mackerel fishing teams a platform to compete for more money and meaningful titles.  It offers 100 teams the opportunity to compete over a course of four qualifying events to earn an invitation to a Championship event.  The Kingfish Cup qualifying events are the Jolly Mon, Got’em On, Fall Brawl and Rumble King Mackerel tournaments.  The 100 teams that choose to sign up to participate in the Kingfish Cup will fish these four events to amass the highest three fish point total; there will be one drop weight available out of the four events.  The 25 teams that amass the highest three fish point total will receive an invitation to compete in the NO ENTRY FEE Kingfish Cup Championship event. 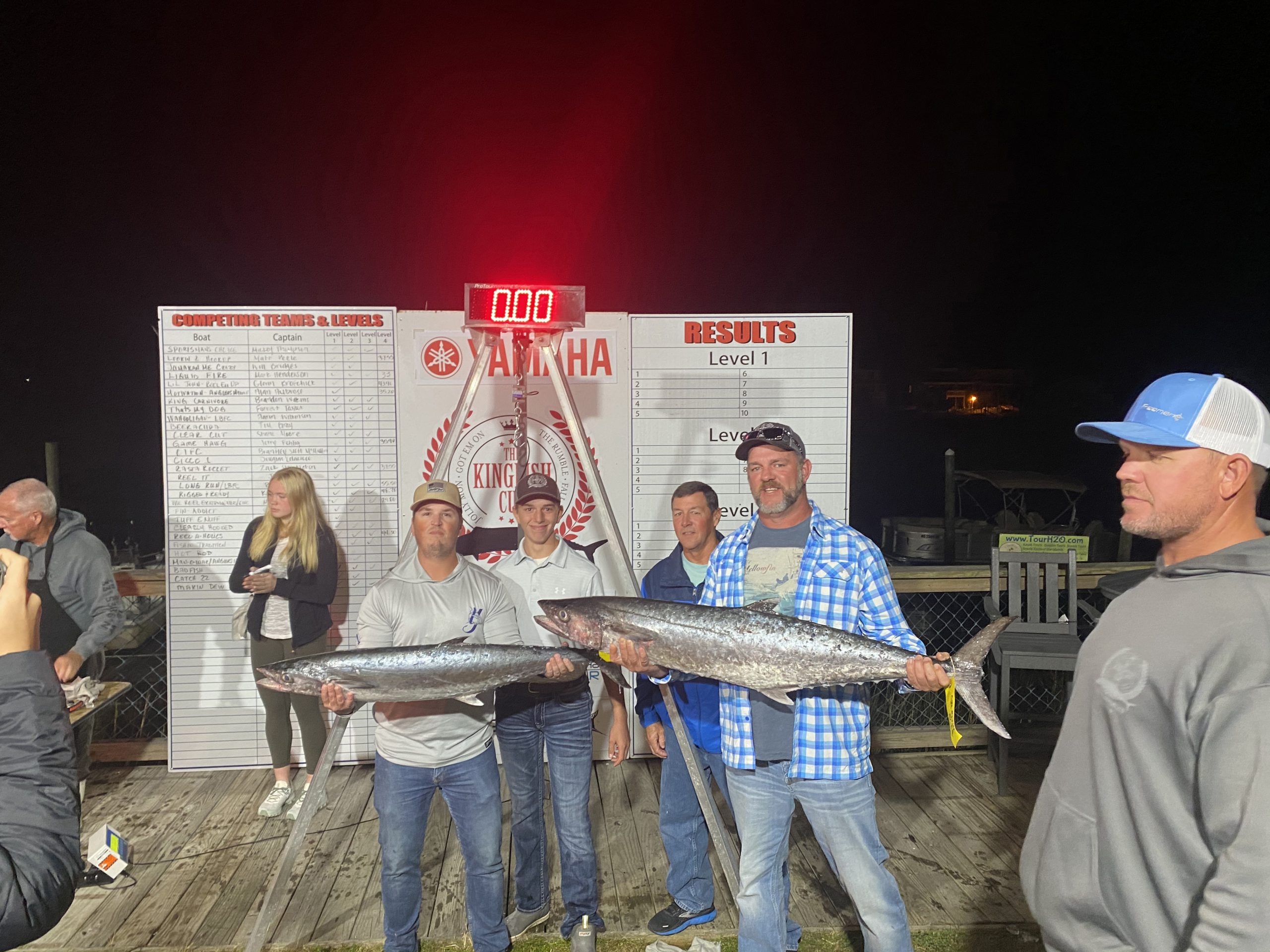 Team Makin Dew–Thomas Jenkins, Lucas Purser, Tony Morgan, and David Purser (l-r)–hold up the two kings that led the team to the top spot in the 2021 Kingfish Cup Championship. Their two kings weighed 23.2 and 34.7 lbs., and were caught at the Horseshoe while pulling pogies and bluefish. 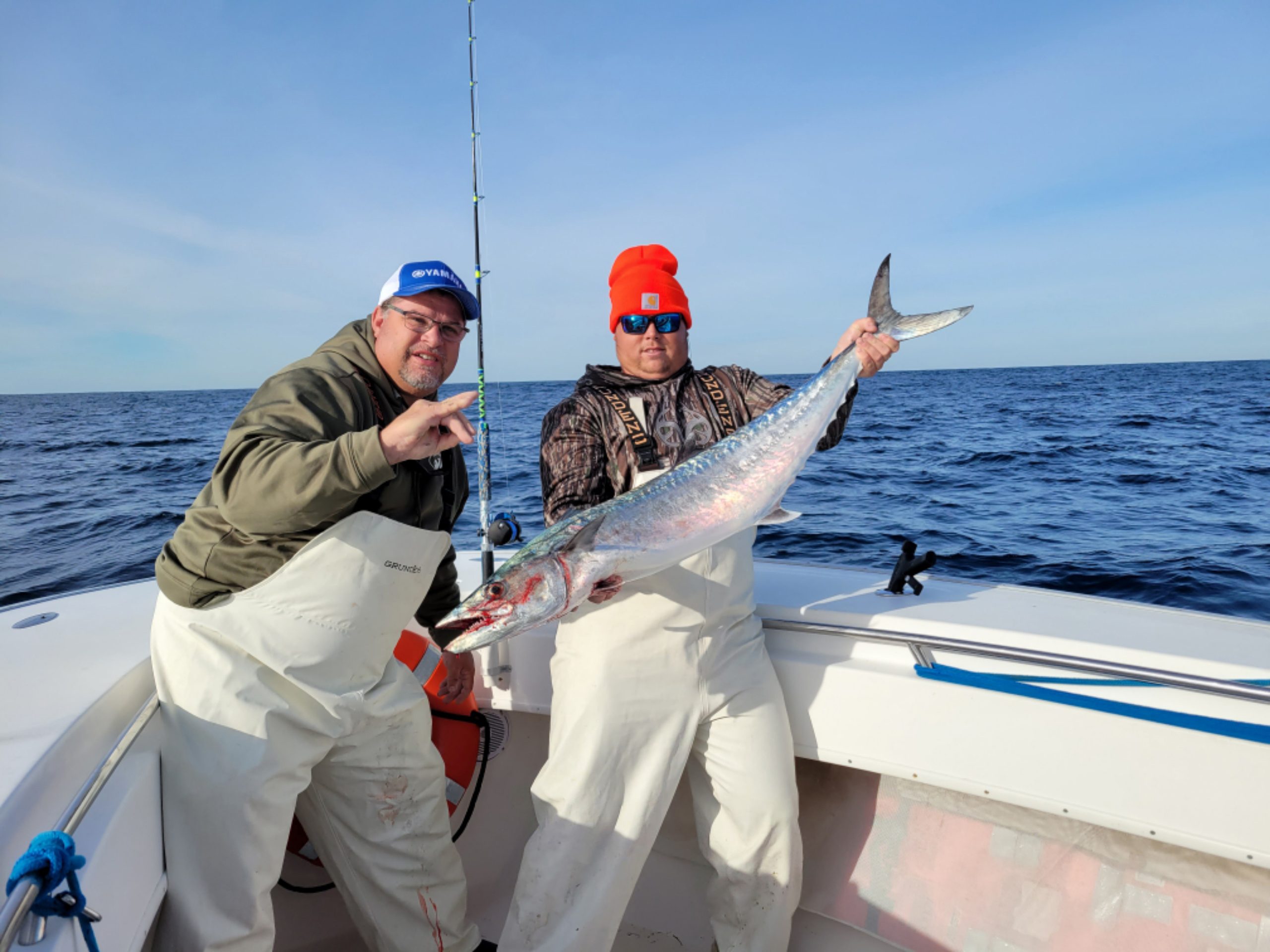 Team Fin Addict took the third spot in the Kingfish Cup Championship with a two-king weight of 54.20 lbs. Pictured are Drake Adams (right) and Scott Whitaker holding up the 29.15 lb. king caught on Day Two while trolling a bluefish west of the Navy Wreck. Other teammates include David Whitaker, Rex Whitaker, and Rick Lowe.